Seismology has provided fundamental data on the Earth’s inner structure. Thanks to the recordings of earthquake vibrations (the seismographs) scientist were able to indirectly look inside our planet, rather like doing the Earth a CT scan.

An earthquake is a natural phenomenon which occurs when tensions in the crust abruptly break their balance in unstable areas. When those tensions grow higher than the rocks’ ability to resist them, fractures and slippages take place. At the same time, elastic waves are generated in the rupture point. They are both transverse and longitudinal waves with respect to the direction of propagation, which occurs through the whole planet. 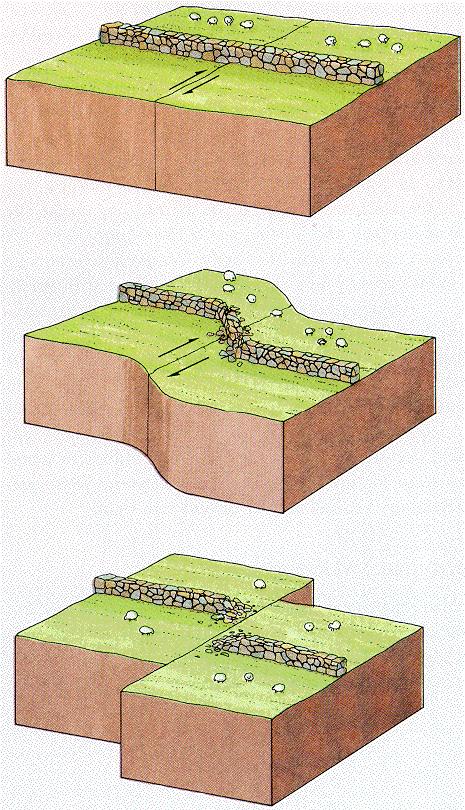 While examining the surface displacements occurred after the San Francisco earthquake of 1906, Henry Fielding Reid, (1859 – 1944), professor of geology at the Johns Hopkins University, came to the conclusion that the earthquake must have caused an “elastic rebound” of the accumulated stress. 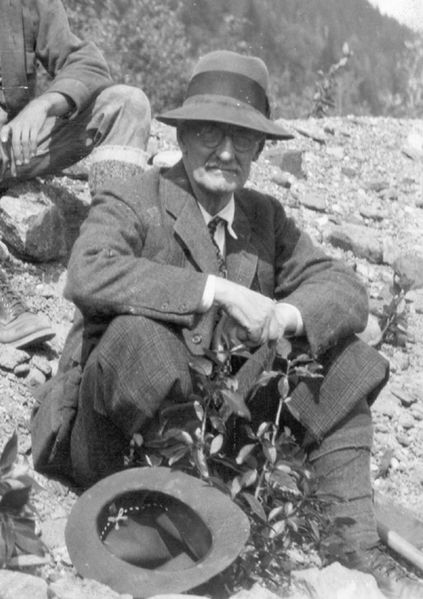 If a piece of rubber is broken or cut, the elastic energy stored during deformation will be released at once. In the same way, Earth’s crust can gradually store elastic stress to be suddenly released during an earthquake. This gradual accumulation and sudden release after deformation is called the “elastic rebound theory” of earthquakes (top).

The former propagate as alternating compressions and dilatations. As transverse waves propagate, vibrations occur on perpendicular planes to the direction of propagation. Longitudinal waves are faster and reach the measuring instruments earlier, being recorded as P waves (pressure waves, “a” in the picture below). 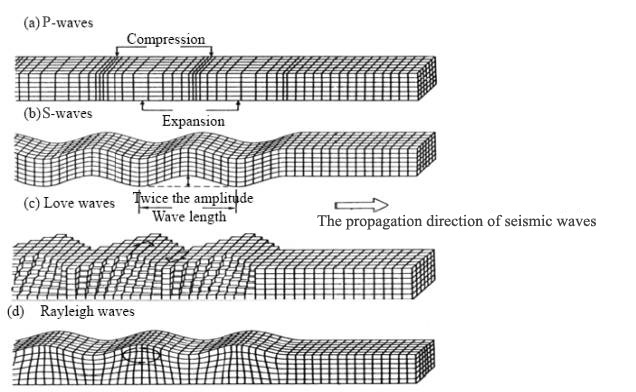 After a while, transverse waves are also recorded as S waves (shear waves, “b” above). A third group of waves should concern us more, since they travel only along the Earth’s surface: the L waves (long waves). Rayleigh’s waves (“d” in the picture above) are similar to those formed when throwing a stone in the water. They cause the terrain to vibrate along retrograde elliptical orbits with respect to the direction of propagation. Love’s waves (“c”) cause the terrain to vibrate along the horizontal plane. The movement of the points the waves pass through is transverse and horizontal with respect to the direction of propagation.

Seismic waves generating from an earthquake’s hypocenter are therefore of two kinds: compression and shear waves. The faster P waves are the first impulse on a seismograph; the slower S waves cannot be generated, nor they propagate in fluids. The delay between the arrival times of P and S waves at a recording station is therefore a function of the distance of the station from the epicenter. Putting together seismographs of the same earthquake from different stations we obtain curves called dromochrones, which connect the P and S waves arrival times on the diagram (below).

Dromochrone for P and S waves

The energy released by an earthquake (Newton x meter) is today expressed as seismic moment M0, obtained by multiplying the fractured area times the average displacement along the fault times the rigidity of the involved rocks (the shear modulus representing the stress/strain ratio at the fault). It is generated by computer calculations on the seismographs and it is a measure of the energy released by earthquakes according to the moment magnitude scale (MMS).

Charles Francis Richter (1900 – 1985), American seismologist at Caltech, is the father of modern magnitude scales used to “measure” earthquakes. In 1935, after suggestion from his colleague Beno Gutenberg of the same university, he used a logarithmic scale in the attempt to relate the seismographs’ wave amplitudes to the distance from the epicenter (an idea inspired by an article by the Japanese seismologist Kiyoo Wadati). 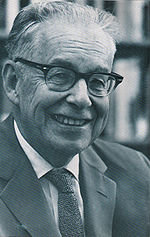 He soon realized how comfortable it was to use the amplitudes’ base 10 logarithm for graphing the values (the diagram’s dimensions would have grown too large otherwise). In developing his famous Richter scale, he chose the measuring unit as the earthquake that caused a 1 mm maximum displacement on a particular type of seismographer at a 100 km distance from the epicenter. This would have defined Magnitude = 0 (Log10 1 = 0), a word he borrowed from his passion for astronomy, where it represents the brightness of stars. The nomograph below can be used to manually calculate the Richter Magnitude ML (local Magnitude) from the maximum amplitude measured on the seismograph and the epicenter distance. 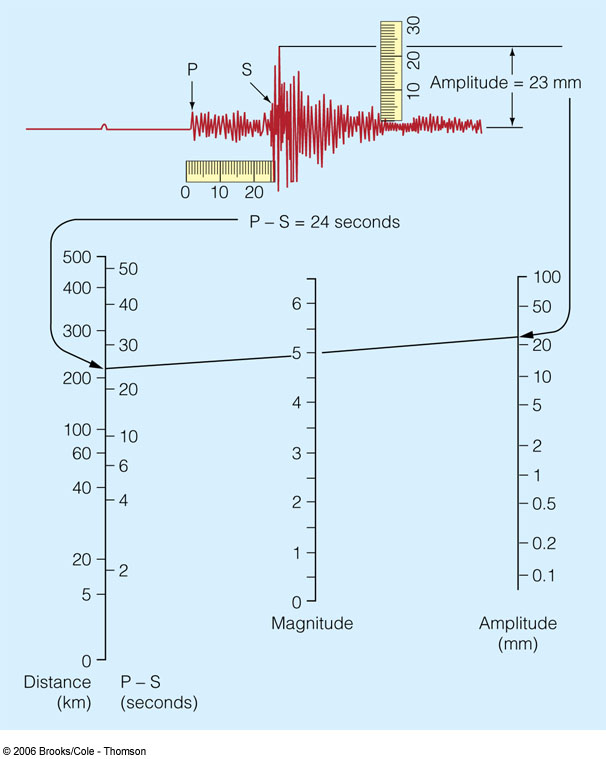 Since the Richter Scale is a logarithmic one, any value increment in the scale corresponds to an increment of 10 in measured earthquake amplitude (any magnitude increase of one unit is 31.6 times bigger in terms of energy). Today the MMS is the most used, especially for larger earthquakes. In other cases, updated versions of the Richter scale are used.

The most widely used scale today is the MMS (Moment Magnitude Scale), especially for earthquakes larger than ML = 4. Developed in 1979 by seismologist Hiroo Kanamori of Caltech along with Thomas C. Hanks of the USGS, the moment magnitude scale is based on the seismic moment M0 = μDA, a quantity equal to the product of the rock’s rigidity modulus μ, times the mean displacement D along the fault, times the area A of the fault’s portion that moved. Kanamori identified a relationship between seismic moment and energy released by an earthquake and defined a moment magnitude Mw (W = work, work) in a formula that he refined with Hanks:

where M0 is the seismic moment and the constants were added to make the MMS scale consistent with previous Richter scales.

Intensity scales such as the Mercalli Scale are used to describe the effects caused by an earthquake, which depend on local conditions. An earthquake of a certain magnitude may have different consequences if it takes place in a desert or in a town. 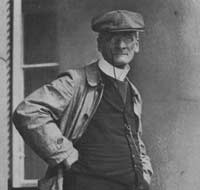 Giuseppe Mercalli, (1850 – 1914), Italian abbot and seismologist, first created a 10 degree scale that was later upgraded by the Italian physicist Adolfo Cancani and the German geophysicist August Seiberg to become the Mercalli-Cancani-Sieberg (MCS) scale. Richter himself finally modified it in the current Modified Mercalli (MM) 12 degree scale.