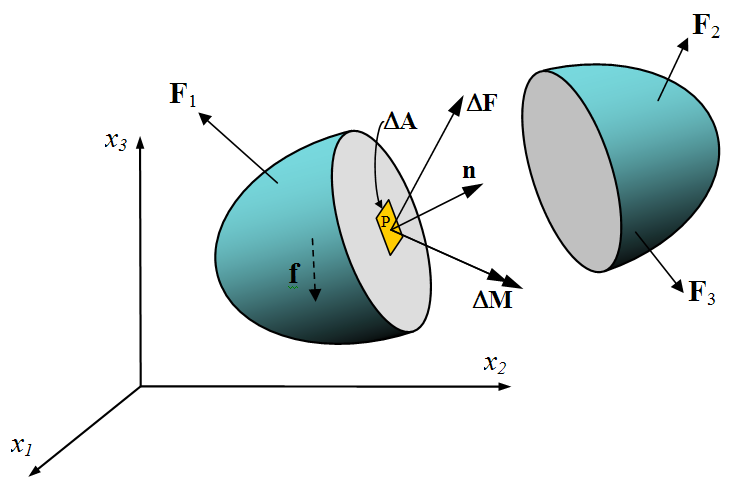 Internal body forces in a continuum

The stress vector is defined as T(n) =

, which varies with the orientation of AA. Applying the stress upon a materiel causes a change of shape: any single point in the body is subject to a displacement. The resulting shape change or deformation is called strain. Strain is a function of body properties such as density, rigidity (or shear resistance) and compressibility (resistance to volume change). These properties are known as elastic moduli.

The study of the relationships between applied stress and subsequent strain is called “reology“.