What really seduced me about geology during my university studies is the ability I had acquired to see our planet as something in continuous development, something alive in a certain way, changing, moving, pulsating. As the coursework neared its conclusion, I could see all the subjects I studied merging in one complete knowledge. Mineralogy, petrography, paleontology, sedimentology, geophysics, tectonics were all deeply linked and all contributed to the theory of Plate Tectonics, the paradigm that earned Geology the status of a real Science by the end of the 60s. 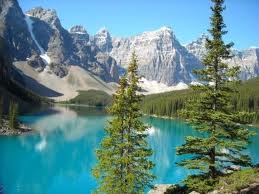 The most striking evidence of our planet’s activity are volcanoes and earthquakes, but the most captivating and fascinating sign are the mountain belts.

Years ago I had the chance of taking part to a doctorate program admission test, though I was convinced I no longer had the talent nor the age for starting a career in research. For years I had been dreaming about the intriguing Geology that masters like professors Parotto and Funiciello made me fall in love with, but I was forced to petty jobs in order to make ends meet. I kept my interest for scientific geology alive by reading about mineralogy, petrography, geology, tectonics while writing down my own notes. On the day of the test, to my great surprise, the examining committee selected this title for the written essay: “The origins of mountain belts”. I could have talked for hours about it. For years I had been keeping my memory alive by re-reading my favorite university textbooks. I was somehow satisfied in seeing a physics graduate leaving the room. Why was I happy about that? When I enrolled in the university I wanted to be an astrophysicist, but the first maths classes were enough to scare me off to geology. For this reason I had been living with the doubt a physicist should have been scientifically superior to a geologist somehow. On that day I knew it was true: but in physics, not geology. For about an hour I was just thinking, reorganizing my ideas, then I wrote it all in one go. No need to make a fair copy. It was one of the best essays, maybe the best – no false modesty. I believe I had been able to lay down pages about geology in the way I like, in an educational way, so that even non geologists could have enjoyed the reading.

But it was no use. Doctorate programs in Italy are only accessed by people that were meant to. No outsiders. This is a hidden (not so much) rule in our academic world. But for me it had been an amazing experience. After years of unemployment I was almost at despair. Dreams had been shattered, doubts raised about my past choices. I had put myself again to the test in a post-graduate admission test after all those years and I achieved such a good result: I was the first among the excluded by just one point! Other candidates would have been desperate, they would have damned the system. I know it works that way, still I have never seen a incompetent being supported. From my point of view, I was just happy I had proved myself that my geological knowledge was alive and kicking. I had been able to tackle a doctorate admission exam with no problems after years of inactivity.

With my heart still warm for that achievement, I left for Cairo, Egypt, where I had accepted a job as a teacher in an Italian high school. There I kept dreaming about geology, reading books and writing down notes. After only three months I left the job and came back home to follow my dreams. Everybody was criticizing me, but I soon proved I was right. I accepted a job as field geologist during the excavation of an important highway tunnel. I also had the chance to collaborate with the most famous Italian geologist Mario Tozzi, now a TV star, who had been a teaching assistant of both Parotto and Funiciello while I was a university student. After that job I obtained a research assistantship in the same university where I “failed” the doctorate admission. I had the chance to work side by side with my old professors, but also with researchers like Sveva Corrado (whom I owe my dream job – it came true through her) and many other professors and researchers among which Antonio Praturlon, a legend of Italian geology. I learned a lot from those people. I stayed there for 7 years during which I had the chance to travel in UK and USA, where I was even invited to come back for a PhD program! I had come full circle. My comeback was complete. I never went to the USA for that PhD, but I can be satisfied just for having been given the chance. I don’t deny sometimes I still regret it. I still have a good friendly relationship with Martha Withjack, at the time professor of structural geology at Rutgers University, NJ. She was the one who suggested I’d joined their department and kept on doing so for a while. As of now, I am no longer working as a geologist. The dream job has been shattered. I’m doing something different now but try to keep my geology alive through these pages.

I still have a copy of that Doctorate admission essay, the symbol of my come back. These pages about the origins of mountain belts are inspired to that  written essay I passionately wrote in one go in a few hours. I attempted to extend and complete the text in order to clarify the concepts better, also by using images from the network. I even took the time to underline the importance of the people who made geology great through the years – I feel they would have deserved a Nobel prize in Geology, had it ever existed…