After nearly 30 years in my hifi system, the made in Italy jewel amp Unison Research Mood was almost part of the family. I was not tired of it, but I felt my system, which dated back to 1991, would benefit from some more modern component. The amplifier could still sell at a good price, so I focused on the research for a plausible substitute. In May 2019, I had the chance to get an English celebrity amplifier, the remarkable Naim Nait 5i, at the same price I could sell the Unison for. My blindfolded advice to those who ask for an amplifier of this level has always been “buy a Naim Nait”. I have been rather curious of testing one compared to my Mood, but sadly I have never had the chance: for reasons of economic constraints the upgrade would have been possible only if I sold my amplifier first. 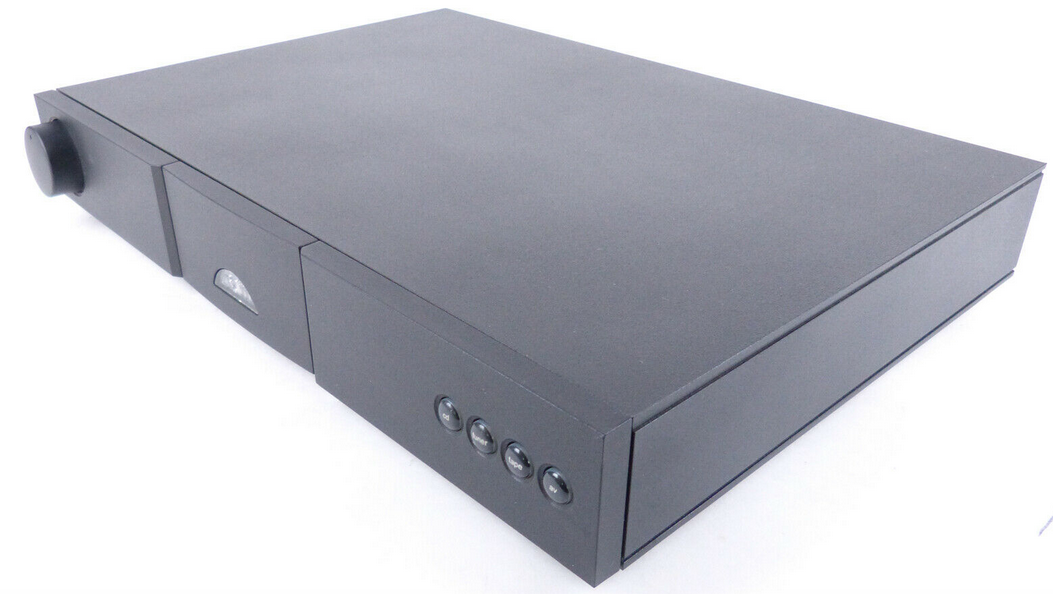 However, my hifi website of reference, TNT-Audio, has a flattering opinion about the English integrated. Any journal of the sector has great consideration of Naim products. And I have never been wrong in following editor Lucio Cadeddu’s advice before. So when he assured me that a Nait 5i would have been a certain upgrade to my former Mood, I sold the Italian amp and on the very same day it left my home, I ordered a 2006 NOS Naim Nait 5i on eBay Germany. It was a practically new specimen, used only a few hours and still under Naim warranty for one year!

One thing that attracted be towards Naim – beside its reputation – was that when in 1991 I decided to buy the TDL Studio 0.5 speakers, the first advice I got was to hook them to a Naim. I think that at the time we were talking about a Nait 2, small and powerful and still revered today. For weeks I had been dreaming of comparing the Naim to other amps of the same level while testing the TDLs I was about to buy. But then I listened to the Mood and brought it home without ever comparing it to a Naim…

The English company Naim Audio founded in Salisbury by Julian Vereker had been, together with the Scottish Linn of Ivor Tiefenbrun, the promoter of the “PRAT” philosophy: Pace, Rhythm, And Timing are the qualities that an audio system must have for a really enjoyable reproduction. Power ratings, frequency response, and other technical details were secondary to the quality of the power supply stage. For 10 years Naim Audio produced a series of famous separates that made the history of Hifi (preamplifiers called NACs and power amplifiers called NAPs); then in 1983 the first integrated amplifier called Nait (more or less an acronym for NAim IntegraTed) was released. Among the various beliefs of Naim designers is the well-known predilection for DIN connections over RCA. Naim preamps and power amps could only be connected with Naim DIN cables. Source inputs also often required the use of appropriate Naim cables or DIN adapters.

The Naim Nait 5i issued in 2003 is a turning point in the production of the Salisbury-based company. It is the first Naim product not to force users to adopt the DIN connections. Every input on the integrated is now RCA. There is, however, the possibility of using two inputs marked CD and Tuner even with a DIN socket. The large 240 VA toroidal transformer is capable of high peak currents (just what my TDLs need) and is positioned as far away as possible from the inputs to avoid electromagnetic interference; the power supply and its capacitors are closer to both the transformer and the output devices. Non-audio circuitry for controlling the amplifiers are optically isolated from signal sections, and are designed to power down when not in use, to avoid interference.

The preamplifier section is passive and the final stages work in class AB for a 50W continuous output. For the rest, the Nait 5i maintains Naim’s tradition of speed, rhythm, dynamics, precision and tonal neutrality, as well as low background noise.

Another Naim idiosyncrasy is to recommend keeping their amps on all the time for the best sound quality. This is based on the fact that it takes an infinite amount of time to fully charge the capacitors – full charge is never achieved but is getting closer and closer with an asymptotic trend. But this also means that after a few hours, if not less, the charge reached is already very close to total. I have to admit that I realized that the sound of the Nait 5i improves after a while that it is on, but it happens with all Hifi electronics. Of course, the time I noticed it most clearly was after a few days I hadn’t turned it off…

Obviously at Naim they don’t believe in the quality of the speaker connectors as the Nait 5i is equipped with modest outputs that only accept banana plugs. Very simple terminals are provided, to which the cable terminations should be soldered and then covered with plastic protection. I preferred to buy gold plated banana plugs, as I was used to the Mood’s robust binding posts!

Another turning point of the Nait 5i compared to Naim’s technical choices is that it doesn’t necessarily need cables with a very low capacitance, otherwise there is a risk of damage to the power amps. Usually a Zobel network is placed at the output of every solid state amplifier to minimize the possibility of parasitic oscillation, and damp the capacitor reactance of the speaker cable. It is basically a resistor and a coil in series plus a capacitor and a resistor to ground. Usually Naim chose not to include a Zobel network in their amplifiers and create the same effect with low capacitance cables of a given length. Failing to use such cables could also damage the amplifiers! Naim sells appropriately designed Nac A5 speaker cables that work as an external Zobel network for their older amps. The Nait 5i is a new generation Naim amplifier that includes a Zobel network, so it is not necessary to replicate an external one with the speaker cables configuration.

But the surprising thing has been that, in order to rest assured, I bought some used Qed cables at a bargain price (the original Naim Nac A5 cables are too expensive for my tastes). Basically, these were cables with the right geometric configuration: the positive cable must be far enough away from the negative one. Shortly after the Naim arrived, we moved house, so new room, new sound. There I fitted the new cables instead of my cheap TNT Star cables bought from the electrician.

Months went by, over a year. I didn’t pay much attention to it but I also had trouble distinguishing different cartridges, couldn’t decide which one was best. I began to doubt the Naim. I wondered if it actually had enough peak currents to handle the TDLs’ tough load, 6 ohms, 86 dB sensitivity. But the Nait really shouldn’t have those problems. So? I confess that I started looking for alternatives. But it couldn’t be. One day – the illumination! The cables! I mounted the rudimental TNT Star cables back: a whole world opened up! An extension, a cleanliness, a detail and dynamics that surprised me! How could I have missed it before?

In fact, at first impression, the Nait’s sound didn’t cause my jaw to drop. Maybe it was true it had only a few hours of usage on it. Possibly it still needed to be burnt-in. But the more I spent time listening to it, the more I liked what I heard. I started to notice that things were better in several aspects: details opened up, more air and space between instrument, more separation, more control and depth in general, even in the lower range. It all contributed to a greater transparency. Then the change of apartment, a revolutionized sound (the room affects 50% of the sound), new cables … and I didn’t realize I was penalizing an exceptional amplifier! 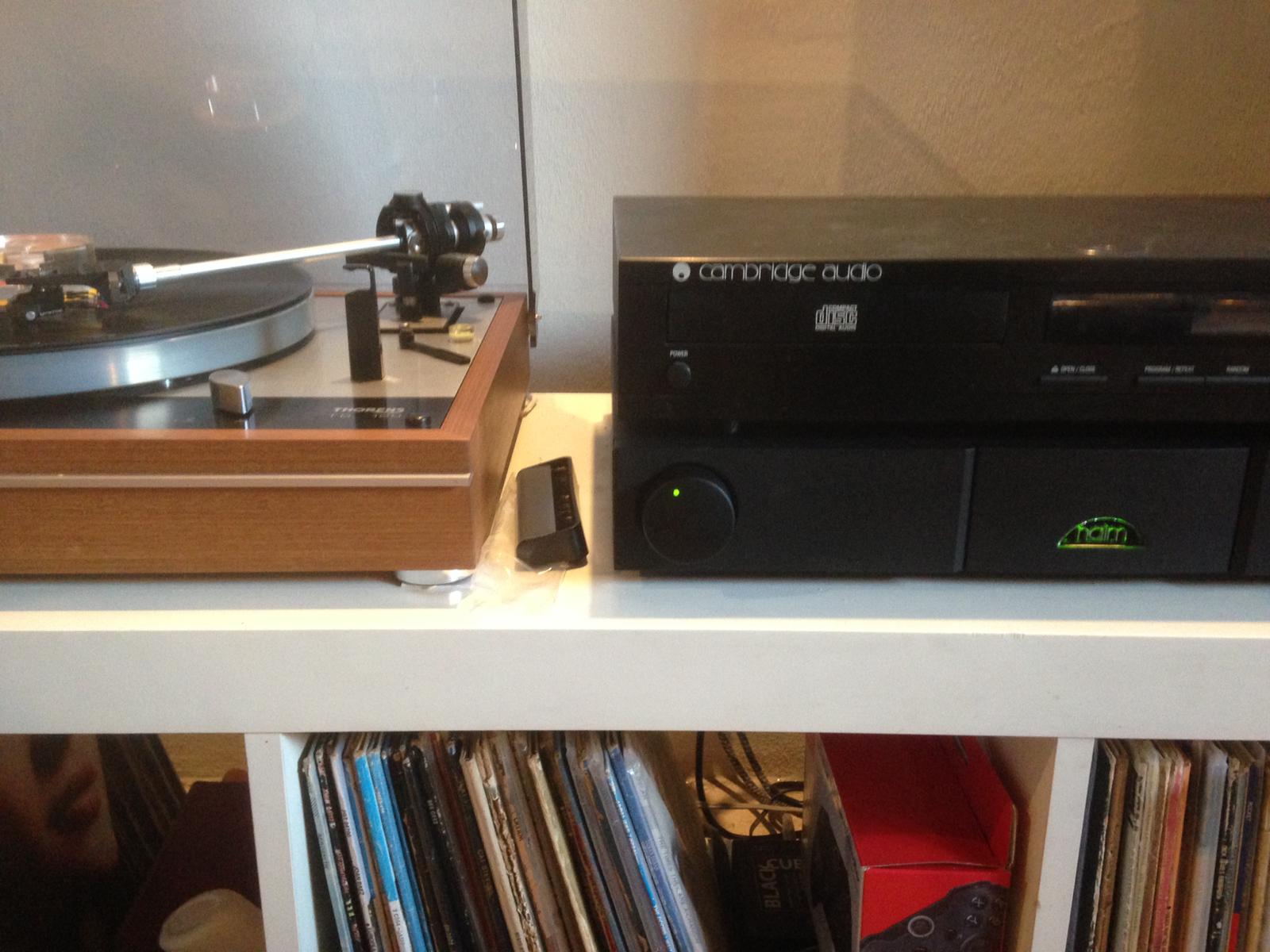 So maybe my little enthusiasm of the beginning was due to almost 30 years spent listening to one amplifier’s sound plus an almost immediate change of listening room and cables. And the Mood was certainly in need of a recap. Actually I learned from its new owner that when at Unison Research they performed a repair under warranty on the power stage, they had been using cheap components, especially the 4 power stage resistors that should contribute to the transparency of the amp’s performance. Practically, with the Mood I was not able to tell the difference between streaming services such as Spotify and Apple Music versus an original CD (obviously through the same Dac). With the Naim, the CD is clearly the winner. With the Mood, even when I listened to different cartridges I was not able to grasp major differences, while I was with the Nait (but let’s keep in mind my Mood was not in optimal conditions). Quality amplifiers sure highlight any issues with certain recordings or hifi components.

Therefore I am no longer in the Mood, the Nait has come…

For a while I nurtured the idea of staying with Unison Research and buying a used Unico to replace the Mood. The prices were a bit higher and in the end I opted for Naim also because I wouldn’t have to add more money. Other more expensive options would have been the upgrade version of the Nait 5i, simply designated with 5i (in italics if you haven’t noticed – so that people often prefer to write 5i-2). Aesthetically it is identical to the 5i except for the stereo minijack socket on the front, but it is sonically better. Naim’s current basic integrated is the 5si, where performances increase considerably – I could really look at it as a future upgrade, if not up to the Nait XS (the Supernait is perhaps too much for my system). Unless I’d go NAC/NAP…. 😉 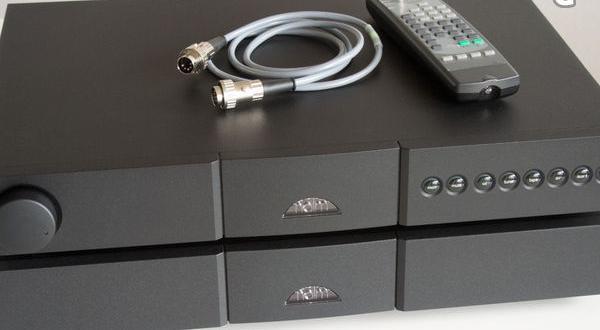 Actually, two little class D power amp beasts have been recently introduced. The quality/price ratio is incredible. They are the made in China ZeroZone IRS2092. For an incredible price of 300 euros a pair, the small couple seems to be able to destroy well famous and pricy contenders! Their capabilities are becoming increasingly known as many people buy them, try them and are astonished by the performance! It seams not even the power section of a Supernait can keep up with them! Maybe one day I will really buy a NAC 120 but to preamplify such a couple of incredible little power amps… 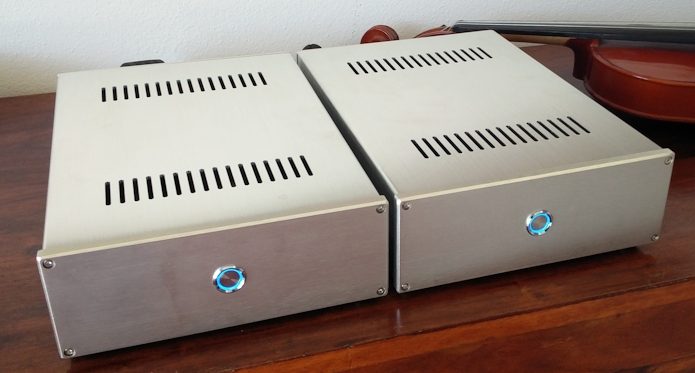 Naim Nait 5i-2 reviewed at What Hifi and Techradar