In the summer of 2016, perhaps due to the need to discover more and more new music after resuming playing guitar in a band, I began to listen to a lot of liquid music, starting with – hear hear – YouTube! Some time ago I had bought an Apple TV 3 used to take advantage of services such as Netflix and sometimes the cinema offered by the iTunes Store. The audio was what came out via HDMI and was converted to analog from my Philips TV, whose outputs went into my Nait 5i amplifier. Not exactly a HiFi setting… 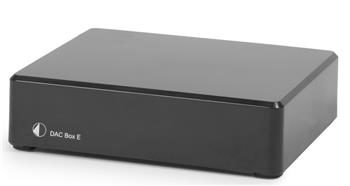 I started toying with the idea of buying a DAC to connect both the optical output of the Apple TV and my Cambridge player. The TV also has coaxial digital output, so it would be useful on this occasion. Not only that: I started to evaluate the offers of music streaming services. I had been subscribed to Spotify for a while, using it only in free mode. In this way you can listen to everything but you can not choose the single track to listen to, only the entire album in random mode. I used it mostly to find out if buying a certain album in CD or vinyl version; if I needed to know a single track, today on YouTube there is everything. Sometimes the audio is not even that painful. And that’s what made me think. With the band I play in, we exchange YouTube video links to evaluate tracks to play and create playlists. All very handy.

And for better listening, I used the YouTube app from Apple TV connected to the TV as described. With a DAC I could improve this experience, probably also the audio quality of my CDs, movies …and Spotify streaming from my smartphone.

I, who still use vinyl records, am thinking about streaming compressed audio from a smartphone? Well, the idea of having all the music available for 10e per month both on the move and on my home system tantalized me. I didn’t need a wifi DAC as I would use the Apple TV for this. How bad would its optical output be? 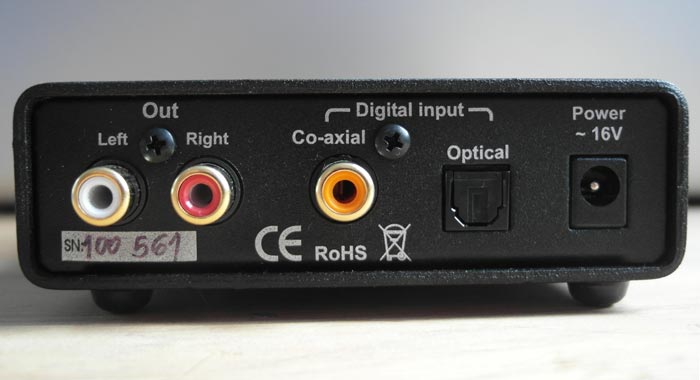 In the end I opted for something that was produced in Europe or the USA, without the USB input, either because at the time I only needed to use Apple TV audio, or because I could connect my MacBook via Toslink (optical output). At the very least in the future I will buy a USB/RCA stick that allows me to connect a PC to a DAC that is not USB – maybe even better.

The choice fell on Pro-Ject, an Austrian company well known for its analog turntables and a complete HiFi offer aiming at affordable quality and small footprint. The entry level is their DacBox E, with only one optical and one coaxial input – all I need now.

The conversion section is entrusted to Texas Instruments with Cirrus Logic chips that allow the management of files up to 24 bit/192 KHz (coax only). The low-noise circuitry, the SMD components and the internal metal shielding contribute to a completely respectable sound. I got it from Mediaworld (!) for 85 miserable euros…

And now I’m evaluating the differences between streaming iPhone with Apple Music or Spotify with the Cambridge CD connected to the DAC. What shocked me is the little difference between Spotify, which uses 320 Kbps Ogg Vobis compression and the same CD! The DacBox I think does an automatic upsampling at least 96 KHz, the Apple TV seems to do it at 48 KHz. I don’t know what happens at the end but I can’t disdain listening to Spotify compared to a CD! I am quite upset and right now I don’t see why I should keep buying CDs! Crazy. I have to understand if Spotify sounds really better than Apple Music (even on ATV + iPhone 5!!!) and then choose one of the two services; I like the first one better, the second one would be more synergistic since I use Macbook, iPhone and ATV.

Now what will happen to my passion for vinyl? The costs of records are always exaggerated, CDs usually cost much less, sometimes half. Downloading HD files costs almost as much as a CD, sometimes more. Streaming is much cheaper unless you are sure you limit your music purchases to around 120e per year. But that’s not counting the fact that you can really discover a lot more music by having over 3 million tracks in streaming quality that’ not that bad.

Will my next purchase be a Network Player?