Let’s be honest: the smartest thing to do today would be ripping all our CD collection on a hard disk (but in a lossless format!), find ourselves a good DAC (digital to analog converter), plugging it in a USB port and let our computer play our favorite music. We would get rid at once of all the issues due to laser beam reading errors and we would improve our music playback. The future, or maybe the present, is the download of musical files, if not the streaming itself. As of now, the most widespread streaming service like Spotify, Deezer, Qobuz offer good audio quality of compressed music so that the pleasure of listening is quite acceptable. The standard price is 9.99 whether it be euros, dollars or pounds. Tidal, Quobuz and Deezer offer also a high quality music streaming servicethough at a higher price tier. Yet, some people prefer a physical support and do not like the idea of “playing a computer”. Threfore let’s go on and examine what we need to know about a CD player in a Hi-Fi system while we keep in mind that a computer would play the files stored in a CD better. 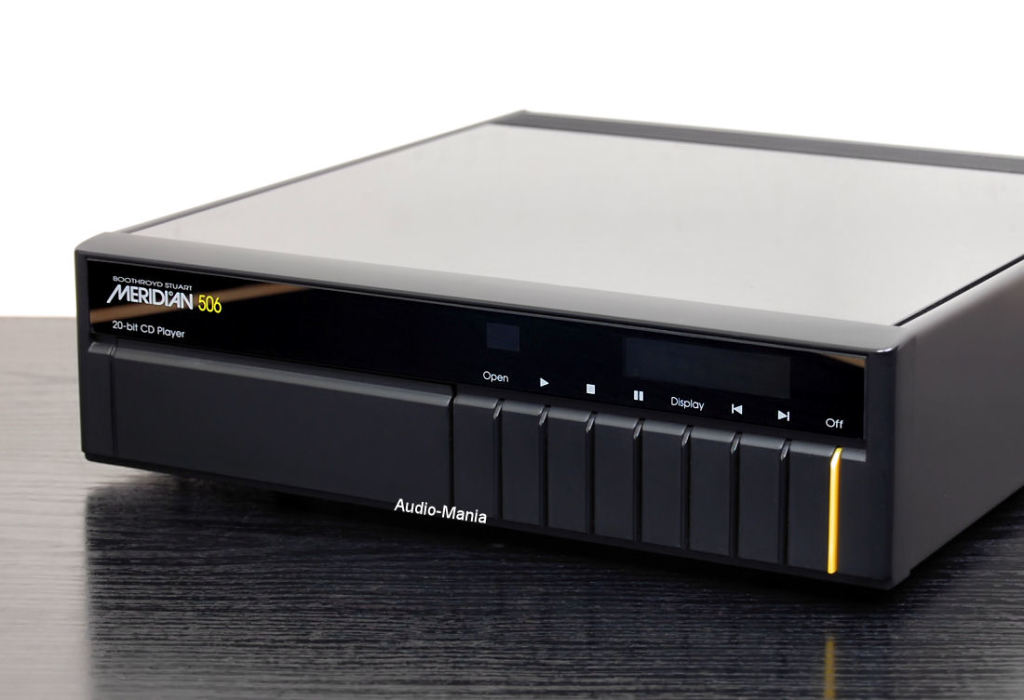 At the moment, despite the ever decreasing sales, the most widespread musical support is the Compact Disc (CD). Years ago it replaced the vinyl record promising a pure and eternal sound. Actually, this is just what the CD really isn’t. The way the music is recorded on CDs is at the source of its problems. We will talk about it further, but this does not mean that a CD player will not be able to reproduce High Fidelity sound, God forbid! Most of the times, a first HiFi system worth the name will certainly have a CD player at its source (for years I’ve been dreaming about the Meridian CD 506 CD player in the above picture, that I saw very suited to be in my own system…).

Used market – buy safe? Not much…

We must acknowledge that when speaking of digital sources, being that a CD player or a DAC, the differences between models are minimal, even if their prices are not. We’re talking about subtle shades, importanto to some, irrelevant to others. Today we can spend a few money for a good player, used or brand new. Used CD players are more critical than used turntables: the reading mechanism tends to lose the tracking ability with time, leading to a progressive decrease of sound quality. Furthermore, the digital progress makes few years old units obsolete, as it happens with digital cameras. It might be worth noting that in order to obtain the same sound quality of a used 2-300 euro turntable, we should spend up to 1000 for a comparable CD player (like the wonderful Astin Trew AT3500 with valve output stage in the picture below). 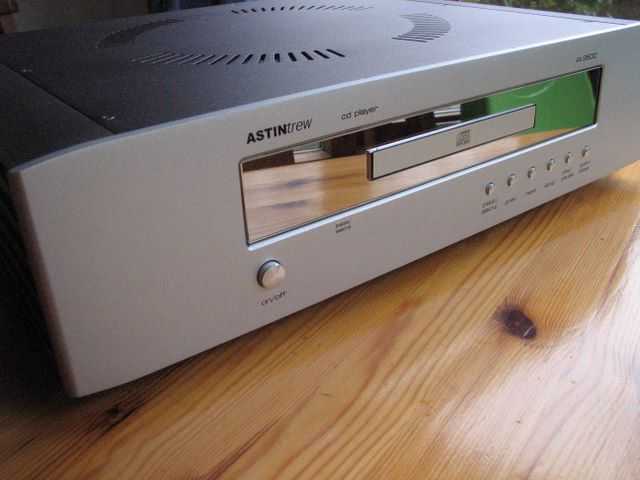 Sure, a CD player does not need all the adjustment and tuning a turntable requires, but it is not as long-living and good sounding. And let’s also consider that a modern brand new CD player easily gives a run for its money to a very expensive one from 10 years ago. And it could also happen to be able to play DVDs, like the Oppo player that everybody was talking about some years ago: their video and sound quality at a bargain price have destroyed all direct competitors …and even some more expensive ones. This happens because the yearly advancements of digital technology improve the way of solving the digital recording’s inherent issues of a certain importance. But it is true that a used CD player just a few years old and of good quality (Unison, Arcam, Rotel

, Audio Analog, Linn, Naim, etc), could be a more than optimal solution.

Years ago it was advisable to couple a good reading unit with a separate digital-to-analogue converter (DAC). The quality of the integrated CD players of today should discard this possibility, at least when talking about figures lower than 2-3000 euros (the Rega Apollo CD player in the picture below is damn good and can be found used at a bargain price). Separates may just be an additional interconnection problem, but they would allow for an easier future upgrade, as well as the possibility to connect several digital sources, computer included, to the same DAC.

A robust reading unit was considered a must in the past regarding the precision of data extraction  from the rapidly spinning CD surface by the laser beam. Not all bits are always recovered. The CD, like the vinyl record, suffers from fluctuations, vibrations triggered by its own rotation as well as by the sound from the loudspeakers. Every player has a circuitry that interpolates the missing data skipped by the laser because of those problems or because of holes, scratches and dirt on the CD surface. The higher the CD player’s quality (and cost), the better its reading system, the less are the missing data, the better is its ability to interpolate them. The more are the interpolated data, the worse is the sound quality. To extract most of the information from a CD, the reading unit had to be impeccable and the player must be placed on a very rigid, isolated horizontal surface. With time, it may be necessary to have the reading assembly tuned up, but it may be not worth the effort, since a new player could be cheaper and better sounding. The DAC unit is the one affected more by the technological obsolescence. That’s why it is not advisable to by a used CD player from to many years ago (some exceptions are some real big names). There are different approaches and design philosophies to turn digital data back to analogue (so they can be amplified). The quality of the converter is the main responsible of the sound quality of a CD player. It is of paramount importance. If we have a separate DAC the good thing is that we can replace it when needed. If we have an integrated player we will have to upgrade the whole thing; if it has a good reading mechanics we can plug it to a new DAC and most certainly improve the sound. Today the issues related to the reading mechanism has a different perspective: the most important thing from the sonic point of view is the DAC; a reading assemblage derived from computer CD-ROMs is good enough (noble players such as the Unison Research Unico CD of the picture above use them in a very profitable way). If the reading mechanism has definitely lost the alignment and it’s not worth to have it repaired, it is better to replace the whole thing taking advantage of the digital technology progress. A cheap DVD player and a good DAC unit could be enough to play both our music files and movies…

If you’re thinking of using an mp3 reader or similar, keep in mind that the music signal, originally acquired with a lot of approximation so that it can be fit in a CD, it is way more compressed when saved in mp3 format or other lossy formats that are used to store music in flash memory cards. We can bring our entire collection with us, but we lose that part of the music information that may be considered not audible, still it is responsible of that depth, breadth, detail which are the main goal of High Fidelity (certainly attainable with a good CD player). It is also possible with an iPod/iPhone (the are very good sounding) but we should store the whole lossless signal within them, reducing the available storage of ten times or so (I’m talking about the WAV format by Microsoft and the AIFF from Apple). The digital signal must be converted to analogue anyway so it can be amplified and played back. The DAC is the heart of a digital system. Unless we plan to use an external D/A converter, the sound performance of an mp3 reader, Apple’s products included, are not comparable to that of a High Fidelity CD player.