Matter is made of atoms. The atom is the smallest part of the matter that maintains its properties: we can divide in small parts a chunk of copper (chemical symbol is Cu, from the Latin “cuprum”, from the name of the island of Cyrpum, where ancient Romans mined copper) as much as we want but it will stay copper even if we separate each single atom. As we said, atoms are the tiniest particles preserving the matter’s properties. 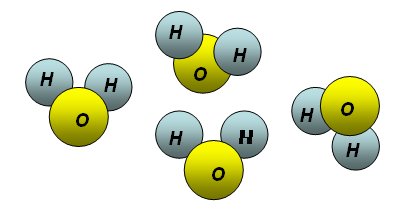 But what makes copper copper? Or iron iron, oxygen oxygen, and so on? The answer is in the atoms’ nuclei. We can divide the atom, we know it since a while ago. Its nucleus is made of protons and neutrons; some really tiny particles rotate around the nucleus at crazy speeds: they are the electrons. Protons have an electric charge, the smallest in the universe. It is the same for electrons but their charge is opposite to that of protons. We chose the protons to be positive charges and the electrons negative charges.

What is a charge? Before answering this question it is better to answer another one: what is mass? The first thing that comes to mind is the quantity of matter. It is not entirely correct but it’s enough for what we need now. A mass is anything that is affected by a gravitational field. A field is a portion of space where some forces are acting. Forces can change the state of motion of a body. A gravitational field is a portion of space where gravitational forces act that can change the state of motion of masses. A mass in a gravitational field will experience a force. An apple falls because the Earth’s gravitational field draws it towards its center. Therefore the apple is a mass. Even the apple has a gravitational field around it just because it is a mass. This formed a lot of ideas in Isaac Newton’s mind (and in Galileo Galilei’s years before). If two apples would ideally meet in deep space, far from any gravitational field, being masses they would attract one another. But they wouldn’t fall on each other: they would start rotating around the center of mass (barycenter) of the system they form. That’s what double stars do: if one of them is a bigger mass, the barycenter will be closer to it; the bigger mass will rotate around a smaller orbit, the smaller one will use a larger orbit. The mass of the Sun is extremely bigger than that of the planets. Therefore, the Sun’s center makes a very little rotation around the Solar System’s barycenter; the other planets instead have to work much more, traveling far longer orbits around the same center of mass. At the end of the day, the Earth does not rotate around the Sun, nor the Sun around the Earth: they both rotate around the center of mass of the Solar System…

All this reasoning can be exported to masses, too: an electrical field is a portion of space where electric forces act changing the state of motion of charges. An electric charge in an electromagnetic field will experience a force. The difference is that gravitational forces are always attractive, electrical ones are both attractive and repulsive (charged particles whose charges have the same sign repel one another, and particles whose charges have different signs attract).

Back to the atom, if we could see it, it would appear as a trembling cloud. It is the electron cloud we call “orbital”. When electrons are concerned, we can’t talk about orbits: electrons are so small and fast that we couldn’t see them or grasp them. The only electron around a hydrogen nucleus (chemical symbol H) would conceal the nucleus by rotating around it at crazy speed, very close to the speed of light, drawing what would appear as a spherical cloud to our slow eyes. In practice, the electron “vibrates” around the nucleus. More complex atoms have more complex orbitals. In general, the “clouds” will appear as elongated lobes of different numbers and sizes. 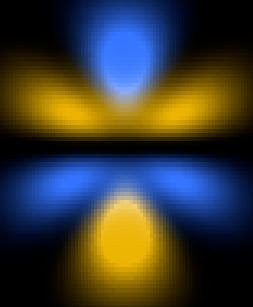 But what’s inside? As we already wrote, the nucleus, made of protons and neutrons. They both have a gigantic mass compared to the tiny electrons, almost 2000 times bigger! Protons, the positive charges, are all amassed in the nucleus. Neutrons are made up by the union of a proton and an electron and for this reason they have neutral charge. How can they stay all close together since protons with same charges should repel one another? Actually, at extremely very small distances, other kinds of forces exist: nuclear forces overwhelm electrostatic repulsion and strongly bond together protons and neutrons in atomic nuclei – “nuclear strong interaction” keeps atomic nuclei together although positive charges would repel one another. However, in some very large atoms with a lot of protons this is not easily achievable and some protons slip away, expelled far from the nucleus together with a form of high frequency energy emission we call “gamma rays”: this is radioactivity.

The number of protons in the nucleus is responsible of the element’s properties. Hydrogen is the smallest one, with just one proton. Hydrogen has its own characteristic properties just because it has that only proton. Helium (He) is different since it has two protons, lithium has three therefore it has other characteristics. Oxygen behaves in a certain way because it has 8 protons, if it had 9 it would be fluorine, or nitrogen if it had 7. We were talking about copper, which has 29 protons, iron (Fe), that has 26, gold (Au) up to 79; uranium (U) has 92, which become 238 with all its neutrons! Too many. In fact, it is radioactive: it looses protons, it is unable to keep them. Each uranium atom sooner or later releases two protons and transforms into thorium, which has 90 protons in its nucleus, therefore it is more stable. Imagine we were some gods: we could play with protons and build all elements, putting them together to form their nuclei. By joining two protons (essentially, two hydrogen nuclei) we would obtain helium; joining two helium nuclei we would obtain beryllium, joining two beryllium nuclei we would get oxygen, and so on. But we could not avoid a big explosion of energy each time we’d perform a joining process. Why?

Two protons are two electric charges that repel one another. It is not easy to make them contact. It needs a lot of energy (have you ever tried to put two magnets in contact?). But if we were able to get them really close, almost in contact but not yet, so that the nuclear forces would come into action, the two protons would attract each other with extreme force, bonding together with tremendous strength. This kind of rupturing the repulsive electrostatic forces generates energy. The two joined protons will have a lesser mass than the sum of the two separate protons. The fact is that a helium nucleus (two protons) does not weight the double of one proton (the hydrogen nucleus): after nuclear fusion of two protons there is a lack of mass. What’s missing has been transformed into energy according to Einstein’s formula E=mc2. It is an enormous quantity of energy, since the still tiny mass is multiplied by the speed of light (c) squared: that is almost by 90 billions! That’s what happens inside the stars, that generate helium by fusion of hydrogen nuclei. Nuclear fusion does not generate radioactive waste like nuclear fission, which splits uranium atoms to obtain energy – not all atoms are split, so what remains still contains radioactive uranium, still shooting high-speed proton pairs plus gamma rays around: when they hit the molecular lattices of our cells they damage them provoking tumors. The problem here is: who gives me enough energy to make the two protons meet? It’s a catch 22, a problem still unsolved…