Let’s go back to the gravitational analogy. If we are at the 30th floor of a building, even though we are well immersed in the Earth’s gravitational field we won’t fall, the floor will keep us from doing so. If the floor would disappear from under our feet, we would certainly fall. Our falling is at the potential state: we would fall if the floor was not there. If we were at the second floor we would worry less: the potential for falling is far less (with no floor we would fall, yes, but for 3 meters, not 600!). The one who falls from the 30th floor hits the ground at a far greater speed than who does it from the second floor. The one at the 6th floor has a far higher potential energy (from the gravitational point of view) than the one at the 2nd floor. The potential is even higher when we are flying in an airplane… 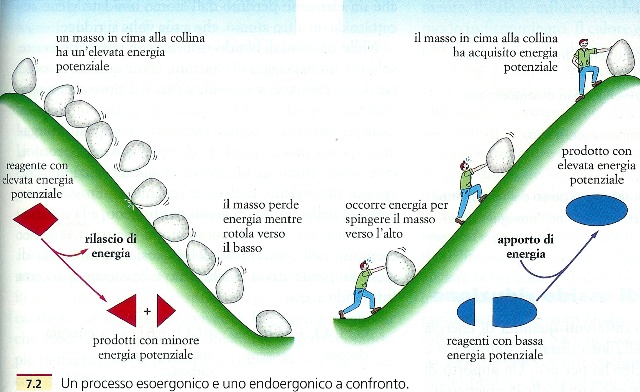 In the same way, a ball on a plane won’t roll until the plane is sufficiently tilted: when tilting the plane, one side ends up much higher than the other, so the ball rolls from a high potential zone to a low potential zone: the goal of nature. For the atoms in a copper wire (a known conductor) it is the same: with no difference of potential at the two wire leads (that would create an electric field within the wire) electrons have no reasons to move. When electrons move we have an electric current.

In 1700, the Italian Alessandro Volta noticed that a reason for charges to move can appear when brushing a non-metal with a wooden cloth: the electric charges (electrons) accumulate on the non-metallic material generating negative potential; if we bring a conducting plate close enough, the negative charges will transfer to it, generating a current flow. Later he thought of using two conductor plates in contact with a non conductive material (called “dielectric”) inventing the condenser or capacitor (schematic drawing at right). It is an energy accumulator where the electric energy is “stored” in the dielectric, which is immersed in the electric field generated between the two oppositely charged plates. 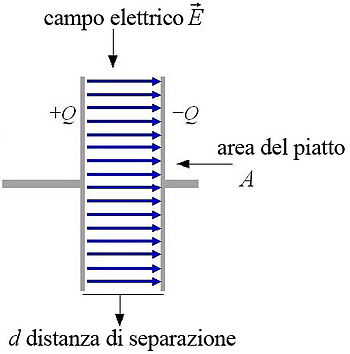 In 1800, the ingenuous physicist from Como also observed that when some metals like copper and zinc are in contact with a cloth damped with acid, one of them accumulates negative charges leaving the other one with positive ones. In very simple words, zinc loses electrons and oxidizes; copper acquires electrons, hence it is “reduced” – in chemistry the whole process is called “oxidation-reduction” or simply “redox”. This kind of reactions generate a difference of potential (once called electric “tension” – easier to figure out the gravitational one when leaning from a skyscraper!) between the copper and zinc discs (actually there were several): they are the terminals of the “voltaic pile” or electric battery (oxidized zinc is positive, reduced copper is negative).

Connecting a conductor wire at the two battery terminals an electric flow is generated: the battery brings the electrons that reach its positive terminal at a higher potential (that of the negative terminal) so that they can continue moving in the wire. Each time they get back to the positive terminal they increase their potential energy more and more until the wire overheats and eventually burns (even the battery could burn): this is the “short-circuit”. 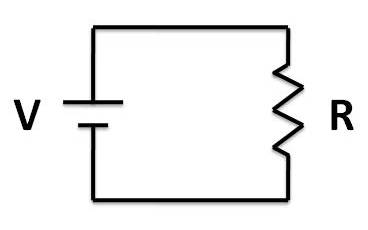 If we put a non conductive material in the circuit, this will “resist” to the advance of electrons, so they will arrive “less charged” at the battery’s positive terminal – nothing will be burned since the energy stored by electrons at the negative terminal will be dissipated as heat in the resistor. Application of this principle are the electric heater or the hair dryer. 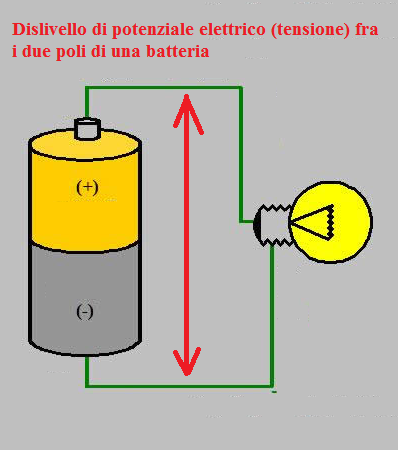 But Thomas Edison also had an idea: the wire burns because there is oxygen available; what if this happens in the vacuum? The first light-bulb was born: the wire does not burn for lack of oxygen, but it stays incandescent emitting energy also in the form of light. In honor of Alessandro Volta, the unit of measurement of potential for batteries and generators is called Volt. The German Georg Ohm understood that the current in a conductor is proportional to the difference of potential (or “voltage”) by a factor depending on the conductor material’s properties: its “resistance” to being passed through by electrons is the “resistivity” of the material. In his honor the unit of measurements of resistivity is called Ohm Ω (the unit of resistance is Ohm x meter). Ohm’s law shows the direct relationship between voltage and current: V = RI, that is, 1 Volt applied to a conductor with a resistance of 1 Ohm per meter, generates a current whose intensity (I) is 1 Ampère (in honor of the French André-Marie Ampére, precursor of the electromagnetism).