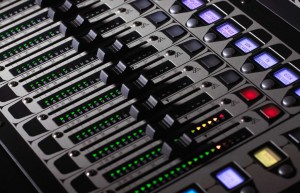 The unstoppable advance of the technologies that “make our life better”… (?)
Since when I was a kid, I have been amazed by the magic of audio reproduction. I began singing when I was about 3 years old, at 10 I was gifted with a tape recorder and I started to experiment. Soon after, at the home of an uncle of mine, I listened to a stereo system for the first time and I was captured by the effect created by the two loudspeakers emitting different sounds.

As a naive kid, I thought that maybe, if each instrument was played by a different loudspeaker, the reproduction of a musical event would have been even more realistic. But it does not work like that. To cut it short, we have two ears, so two loudspeakers recreate at the best the live experience of a musical event.

It is from quite a long time now that the multi-channel fashion has boomed, mainly aimed to bring the movie theater in our homes. Actually those systems don’t add anything to high fidelity reproduction, on the contrary, they are an obstacle. Investing the same amount of money in a stereophonic system we would certainly obtain a better sound quality. The so-called Home Theater is just one of the many attempts of reviving a market. It happened to vinyl records with CDs, like it regularly happens with newer and newer emission specs of car engines; it is the same with updated software and the growing power of the computers we need to run them, so that today I can hold in my hand a computer (that can also make telephone calls) far more powerful than those used to reach the Moon. Obviously, it also sounds quite well.

Today computers are the main HiFi source. Playing files stored (with the same specs as the CD standard) on hard disks through a proper digital-to-analog converter is a common task nowadays. The converters being equal, the sound quality is superior to that of CD players. Furthermore, it is far more comfortable to manage our music database from a graphic interface, creating playlists, searches, visualizing lyrics and covers: we can save playlists on smartphones for listening on the move, even in the car through a bluetooth interface. Everything is much easier.

It is the same with photography. Every person around us can shoot any picture or videoclip they want, anytime, publishing them instantly on their social web accounts. Only 10 years ago this would have sounded crazy. Technology has made incredible advances creating exceptional tools that are used to carry out many very important tasks. But it took something away from us. My main perception is that because of technology we are all in a constant hurry.

The first big change I have witnessed in my life has been the advent of personal computers. Nobody had one at home. Today we all do. Companies like IBM, Apple and Microsoft made a fortune out of that. Then the cellular phones came. I opposed to them for a long time, but by 1998 I had one, too: for your job, they told me, you must have it… 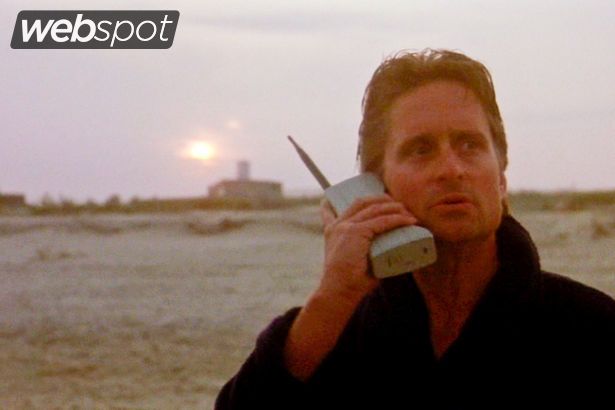 I wonder how we could work before? A phone in your pocket was not necessary when there were booths and tokens around. Sure we also had typing machines on our desktops, as well as calculators, paper and ballpoint pens. Today if the Internet connection is down we might as well go home. Isn’t it incredible when you think about it? The advent of the Internet has had the greatest impact on everyday’s life. Today, Internet and mobile phones are an almost indispensable bundle. We are globally connected 24 hours a day. We can be reached by mobile telephone, e-mail, chat, social web at any moment. It sounds wonderful, but then we often see groups of children all together as they are bent over their phone displays (actual phones by a mere 20%), chatting with distant friends (many of them don’t even use the verb “to chat” in its original fashion). The previous generations were bent on mobile electronic games, the earlier ones (mine) were intent to actually play and chat.

Technology is supposed to help us and it does in many ways. But sometimes it distances us from our true being. I can imagine how an early 20th century man would see an automobile like a kind of devil’s work and the horse as the most natural means of transportation. Who needs more speed!? During the previous century the train had already changed the space-time parameters of the first travelers who could afford it. Distances and times were compressed, generating sometimes serious problems for those who used to think about a trip in terms of days rather than hours. Man was not designed by nature for those unnatural, disorienting speeds. Rome to Milan in 10 hours rather than 10 days must have seemed really crazy. Today it is done in three hours and lately even slightly more than two – better than an airplane. Traveling is beautiful but how much do we lose going at high speed? No one travels on foot anymore, it has become a kind of sport or discipline. Those who hit the road on foot talk about a relationship with the territory we have completely forgotten. A lost magic that stems from knowing we have a lot of time at our disposal. We can relax and enjoy the landscape that changes slowly as we proceed, allowing ourselves to absorb it, to make it ours, thanks to a much more human pace. Doing so for a regular trip today is unthinkable, but it is useful to ponder on how things have changed and how the traveling speed, as well as the connection speeds and the availability of information have grown bigger than our natural capabilities, so that at the end of the day we can’t even use it. A simple news aggregation software, but Facebook would be enough, can generate an information flow so big that we would soon feel overwhelmed and incapable to use it; or we would skim on the surface and we wouldn’t absorb it. In the same way, we can use our mobile phone (rather a palm top computer today) as a camera to take pictures or videos of anything, anytime. Soon we are submerged with a quantity of pics and clips we don’t have the time to manage them and enjoy them. We’re like the spoiled child with all those toys: at the end he/she doesn’t know what to do with them and, after the first enthusiasm, he/she stops playing with them (still he/she is never satisfied). Musical digital technology allows us archiving immense storage on various devices; we don’t have time to stop and really listen to the music and when we do it, knowing we can jump in a click from a track to the other, we are encouraged to a shallow and distracted listening with earpads, while we’re commuting, in the car, at home, always while doing other tasks (optimizing time). Who cares for quality?

Yet I’m convinced that, as much as digital technology can do  – and has already done – for both audio and photography, the analog way is still closer to human characteristics. When I’m watching a film photography I experience different feelings than from a digital image. The same when I watch a scanned film photography on a digital screen. It is as though the scanning process that converts the image from analog to digital couldn’t deprive the it of a “plus” it has from the beginning. It is the same with music. A good CD player can really let you enjoy a good recording. I’m not talking about trivialities like the warmer sound of vinyl, it is nonsense: some analog recordings are made harsh, some are bad pressings, some cartridges have a detailed sound, some others have a warm one. It is the same with digital reproduction. Playing a vinyl record is something more, just like shooting film. The whole procedure is more natural, more human, for both audio and photography. Maybe the analog signal is intrinsically more akin to the human perception. Preparing the event as also an important role: one thing is selecting an audio file on the computer and playing it at once, in an efficient and painless way; a completely different matter is pulling a vinyl record out of its sleeve, cleaning it, putting it on the platter and letting the needle go down. At the end you fall in love with the surface noise, irrelevant when you hear such a full and majestic sound coming from a vinyl record (the better the turntable-tonearm-cartridge system, the less you hear the surface noise).

Most people, not only the youngest, would be really surprised if they had a chance to listen to a good analog system; they would be even more if they listened to mono recordings form the 50s or 60s. Although the two channels would reproduce an identical signal, the impression of fullness and ambience can be superior even to modern stereo recordings. Multichannel systems? Give me a break!

I’m not stating that the analog sound is better than the digital sound per se. It depends on the quality of the recording. It is the experience of putting a vinyl record on (or choosing and developing a film roll) which is different, more natural, more suited to the human being’s pace.

I’m living in this so-called digital freedom world, too. But it seems to me it just hurries us up, causing more anxiety. As a result, our relationships, our interests, our readings, our musical listenings and our memory shots are becoming more and more shallow.

That’s why sometimes a put a record on (or load a film roll in my camera) just to resume contact with my more human side (it is just another way of doing it); I select a long playing, I pull out the record, I clean it if necessary, I put it on the platter, I position the tonearm and I observe the needle slowly going down – then there is magic: music appears, imperfect (that’s good) with its surface noise, the crackles, which I welcome along with the wonderful notes that flow out of the grooves. No matter if it is mono or stereo, as long as it is not multichannel…