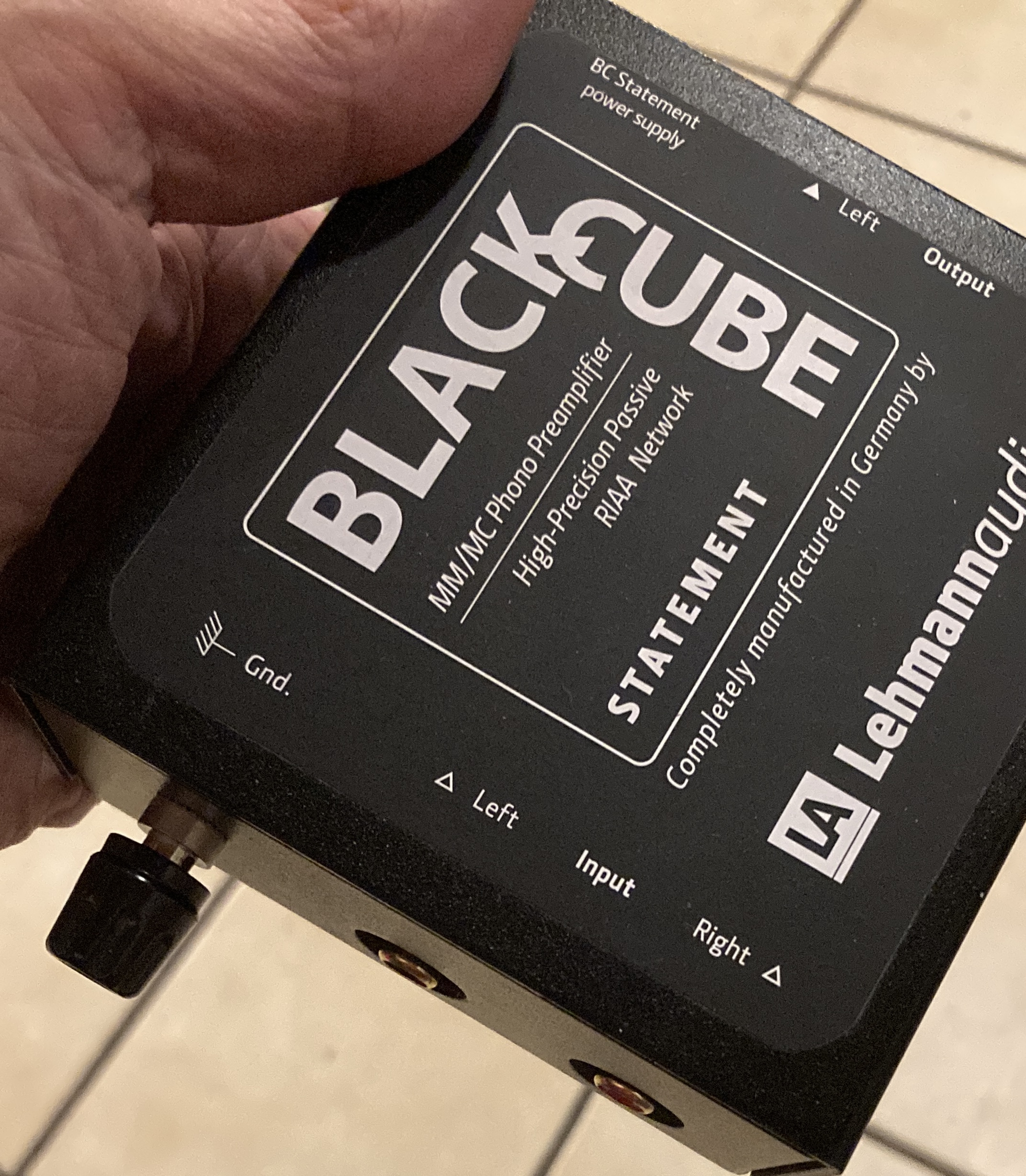 Today is the shortest day, the winter solstice. Mankind has always celebrated it because from tomorrow the days slowly start getting longer again. It is almost Christmas and the year is coming to an end. It’s a time that strangely makes me want to treat myself to something related to my HiFi system, be it even just a record. I think it’s due to the imprinting of December 91, when I was out getting the amplifier and speakers of my dreams. In short, it’s a time of year that “tastes” like HiFi to me. But this year HiFi seemed at first to involve an unexpected expense because I thought my phono preamplifier had stopped working….

Okay, so my Christmas “self-gift” would be perfectly on theme, a new phono preamp! Exciting! But unfortunately, I got more “gifts” from the state, a series of overdue tax bills due to debts I unfortunately accumulated during a dark period after losing my job. Unlocked after the pandemic, they thought well to deliver overdue bills in profusion under Christmas, perhaps thinking that we could use the 13th salary (a Christmas bonus for employees in Italy) to pay them off instead of buying the usual gifts. Unfortunately, my company will have to delay “the 13th” paycheck this year, and the bills will have to wait, since they are far more expensive than a new phono pre.
Just before I lost my job, with my last paycheck, I had thought at that Christmas time to treat myself to a phono preamp as a consolation prize while I could. I found a bargain for a Lehman Audio Black Cube Statement and was extremely pleased with the improvement over the phono input of my amp of the time. Recently the output from the phono preamp had become a bit noisy, especially from the left channel. I thought the problem was in the turntable, my Thorens TD160 to which I had changed the original cables with replacement cables designed for the Technics SL1200. This was because moving the cables caused the noises to increase. The strange thing was that the noises decreased if I disconnected the ground wire. In short, after reading in several places that the original Thorens cables, if working, should not be changed (good instead to replace the RCA connectors) after a while I resigned myself to put my hand back on the TD160 and disassembled the cables to put back the originals to which I replaced the connectors – but there was no change in the noise!
A little over a year ago one of our cats had jumped on the turntable while it was running. That side of the 180g audiophile record was unusable but I feared greatly for the tonearm and the cartridge cantilever. Instead, I noticed no damage whatsoever. Had something happened to the Thorens from the cat landing? I tried to take something apart and check but couldn’t find anything. I must add that working on the TD160, while in the past it was a pleasure, today it has become a nuisance: I don’t even have time to listen to music decently anymore, I’m always running around, damn modern times. Let alone fiddling with the turntable! Caught up in nervousness, I thought of something absolutely inconceivable just a few months ago: buying a modern turntable! 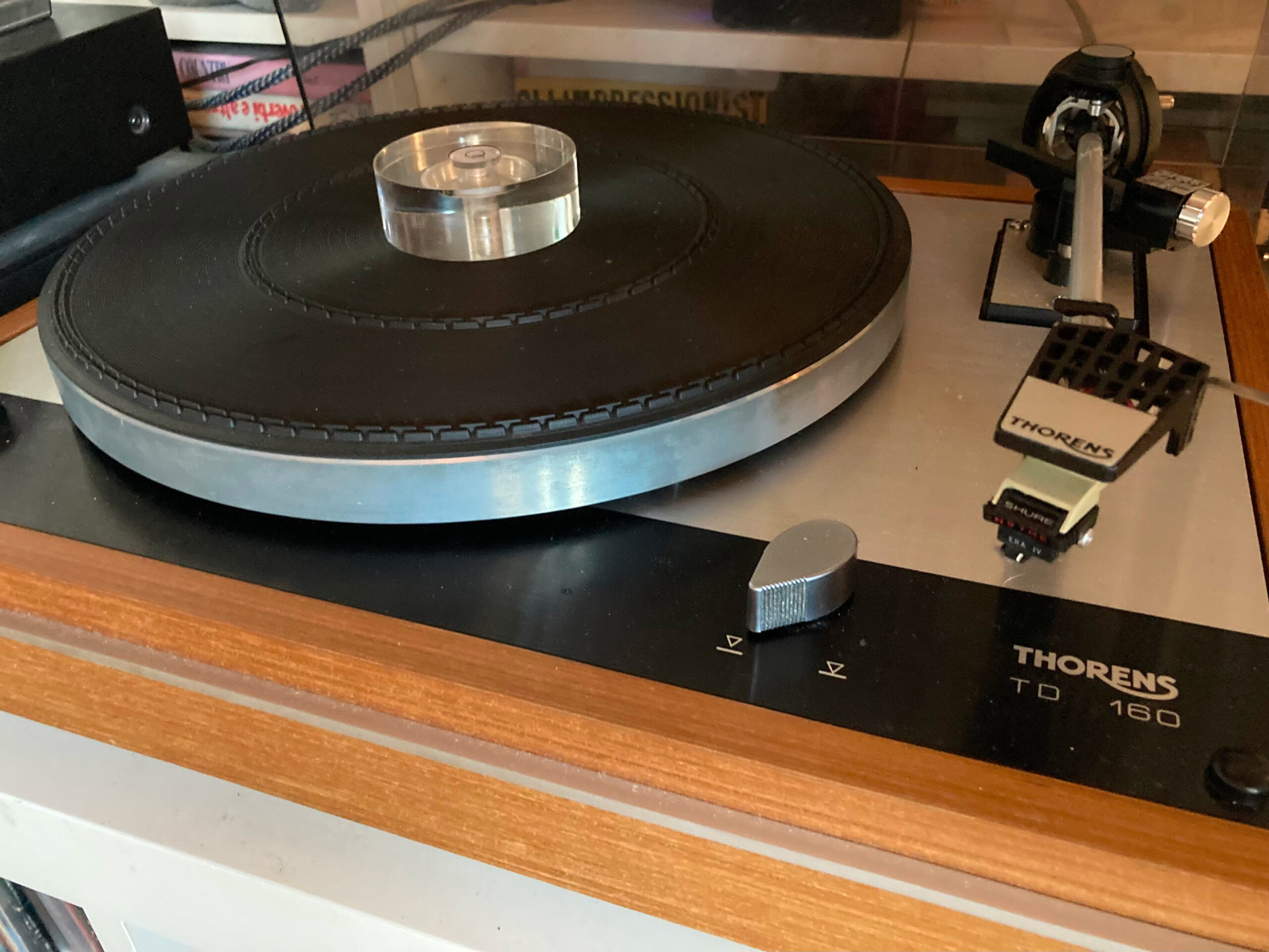 Why not? Well, the appeal of a vintage Thorens is immense, and the performance is not easy for a modern turntable to achieve. Today it costs quite a bit to build a turntable with a suspended subplatter. Thorens has been producing them again recently but at prohibitive prices. What to do? The idea of having a turntable that just sits there and works, that I don’t have to get my hands on periodically to adjust the suspension, change the belt, etc., wouldn’t bother me at all in this day and age. It wouldn’t hurt to stay in vintage with a Technics SL1200, but at the very least it comes to 6-700 euros. Its various cousins SL1300, 1500, 1600, 1800, today all “sail” around 500e minimum. My Thorens could be sold for the same amount but I don’t feel like giving it away. So I had to necessarily lower my “aim.” Audio-Technica makes a couple of models that shamelessly copy the Technics and are also affordable as new. But it seems that the performance of the Thorens remains superior.

Recent models used? One name was working its way into my head: Rega. What intrigues me about the British brand is their completely countercultural idea: a heavy plinth, the base of the turntable, is what everyone tries to have; Rega engineers point out that the greater the mass, the better the vibrations propagate. There is a video in which a person rubs a cloth on a thick granite shelf on a very heavy wooden table; you can see the vibrations on the surface of the water in a glass! You don’t need mass but rigidity. I am intrigued by this but a cheap Rega Planar 1, over 300 euros new, is not for me and my system. It would deserve at least a Planar 2, but I would have to get it used. That would be even better because it seems the old RB250 tonearm was phenomenal compared to the new models (RB220). I saw a couple of good bargains for the Planar 2 and almost pulled the trigger.

But before doing so, I wanted to try again: I moved the Lehman phono preamp to other inputs on my Naim Nait 5i. The noise was reproduced identically. But by connecting the Thorens directly to the Naim’s line inputs, the noise disappeared. I connected the phono preamp to another electrical outlet, changed the signal cables to the amp, and there was no noise except when I connected the turntable to the phono preamp as well. Reversing the cables reversed the noise. At some point, however, the left channel stopped playing. Reversing the turntable connectors to the inputs of the preamp changed nothing, only the right channel could be heard. Ergo, it is not the turntable’s fault, it is the Black Cube that is gone, the noises I was hearing were from the left channel that was stretching its legs, evidently!

So I set out to find a new preamplifier. Again the Rega name was inviting but I found a great price for a model from a few years ago from the prestigious Graham Slee, the Gram Amp2 Communicator! I had been dreaming about it since I got the Lehman. I was actually aiming for the Evo version but it cost too much and still does to this day. A Gram Amp 2 would have been perfect.

But at this point I get the bad news that the 13th paycheck would not arrive on time. So no extra expenses. On the same day I get yet another tax bill. I dropped my arms. I would like to surrender. No more analog trouble. I’m jumping on digital, convenient Tidal HiFi subscription at 10e a month and I’ll have all the music I can think of available on the old MacBook connected via toslink to the ProJect DacBox E. Maybe someday I’ll invest in the Dac, that’s better.

What about all my records? Mmmm I don’t know if I can fully convert to digital. But I’m tired of always fiddling with the Thorens. So I’m starting to look forward to an almost plug-and-play turntable like a Rega or maybe someday an SL1200. However, records are ridiculously expensive and everything related to vinyl has increased out of all proportion. I don’t know what to do. Unfortunately, debts accumulated from losing my job prevent me from spending extra money. Maybe a minimum so I won’t be without a turntable I will find a way to invest, but changing turntables without selling mine is out of the question. And selling the Thorens is not an easy decision to make. I have far more problems, of course, but you only live once and these hobbies are really about regaining at least some peace of mind. I also have music played by me, with my own bands where I am lead guitarist. I really couldn’t do without it, it would affect my sanity, while I can go a while without playing records by being content with Tidal and CDs. 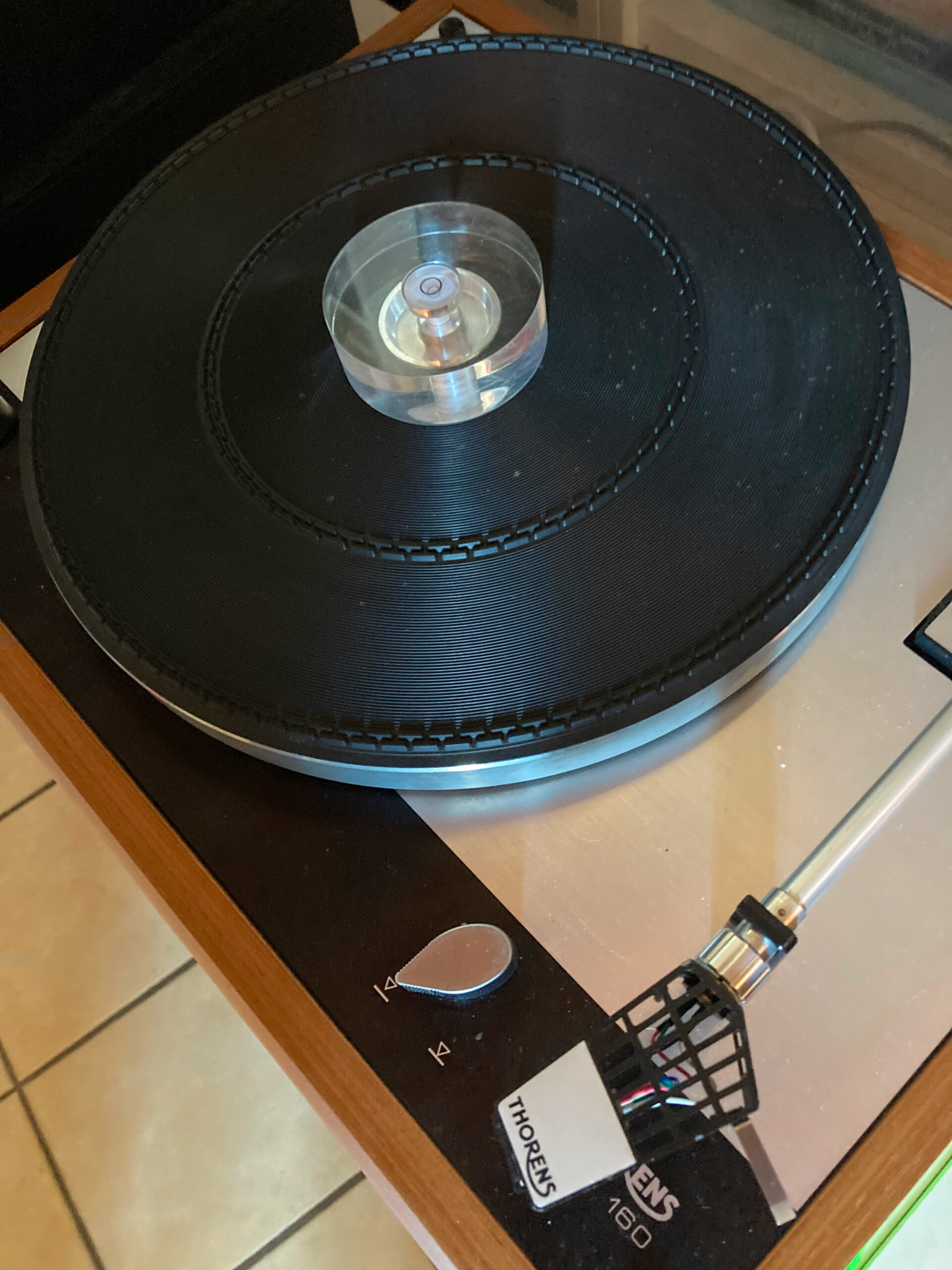 And then the twist of genius: couldn’t it be that the left channel can’t be heard because … the speaker cable got disconnected? Yes…. was just that! Unbelievable. I was about to buy a new phono preamp for a disconnected cable! No, something is wrong, I am not at all serene and not thinking clearly….

At this point something tells me to plug the turntable into a different outlet, not into the power strip common to all components. Result? Everything perfect! No strange noises. It was a problem with the power supply to the turntable. Months ago I had moved the system to another room but had listened to the turntable on the fly a few times. I had noticed a hum but didn’t pay too much attention to it. As I said, time for listening to records is short. But as soon as I attempted serious listening here is where the noise clearly appeared to me. But, panicked, I did not suspect the power supply first! No! In a precarious economic situation, my fear of not being able to cope with possible failures threw me into a technological panic and I began to look for illogical solutions: change cables and put the old ones back, change phono preamplifier, change turntable! It was no use, just change …electrical outlet!

Moral: the power supply in HiFI (and in all electronics) is critical. Using power strips to connect all components would be ill-advised, but we can’t all have 6-7 wall outlets where the system is. My power strip is of good quality but is still connected to a power strip to which the WiFi router and …a toaster are attached! The Thorens is too snobby to be together with these poor tools. It wants its own separate outlet. And it’s right… another lesson: don’t panic. I was going to buy a new turntable but it was enough to plug it into a different socket. And I got into unplugging cables, soldering connectors, a lot of effort for nothing….

And so for my HiFi Christmas I got myself some simple and inexpensive gold “banana” plugs for speaker cables, so I can more comfortably try some Qed Original cables that I had gotten with the arrival of the Naim in comparison to some simple TNT Star cables made with good OFC four-core cable that seem to be superior. With the stripped terminations though, it’s a struggle to bend over behind my TDL Studio 0.5s and guess the holes every time. I will put banana plugs everywhere and life will be easier…the audiophile doesn’t have to struggle and especially doesn’t have to panic!