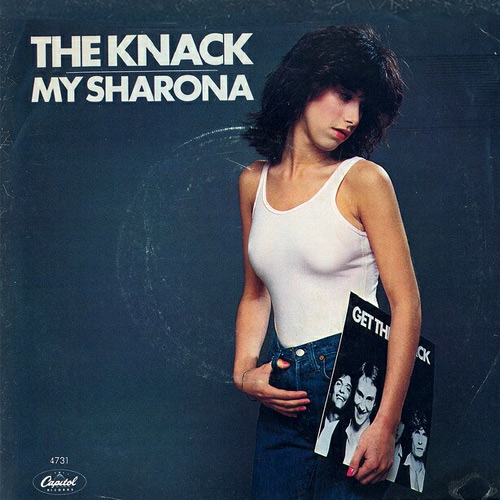 I was born and raised in Italy and obviously I have been exposed to our musical culture. I’ve been humming songs since before going to school. I also sang the musical parts, for the fun of the many uncles and aunts who buzzed around me. Then I started putting my hands on a toy keyboard and finally got to the guitar around the age of 11. Of course I played the Italian songs I listened to on the radio. But a voice inside me told me I needed something more… 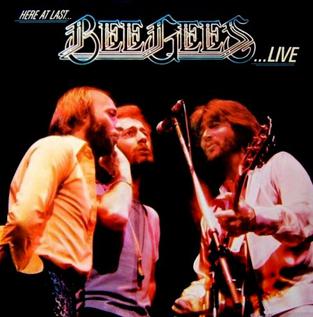 In an attempt to find this something, a friend recorded some Bee Gees songs from Saturday Night Fever (1977) and Spirits Having Flown (January 1979) on a cassette tape. I still remember very well the night my parents came home with a surprise: the double album “Saturday Night Fever” from ’77. Soon the other Gibb brothers’ album arrived and I listened to it as much as I could, even trying to play various tracks. Years later I realized that the things I liked the most were the most “rocking” ones (for example, If I can’t Have You). The same was true for my favorite Italian band of the time – the Pooh.

Rock/blues guitarists like me are usually horrified at the name alone. The Pooh are famous as authors of timeless, very commercial, typically Italian melodies. In fact they are exceptional musicians who also created something extremely refined, particularly in the second half of the 70’s. 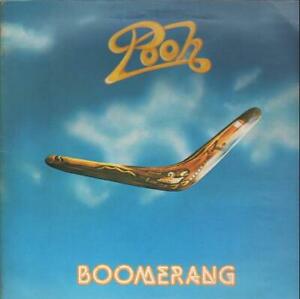 The guitarist Dodi Battaglia I was inspired by is a real phenomenon and everybody can see it. Even I can’t stand certain lyricisms for which the Pooh are famous but I know songs forgotten or never heard by the most who have nothing to envy to anyone. At some uncles’s house I found the tape of the Boomerang album of ’78. If I have to extract just one song that is musically worthy I have to make an effort and choose Quaderno di Donna. I have to make an effort because there are several other equally deserving tracks. In 1979 the Viva album also contains musically noteworthy cues but I would choose the B-side of the single that was taken from it: Sei Tua Sei Mia. The Stop album of 1980 also contains several pieces that are not famous but played in an exceptional way. Here too I have to make an effort to choose just one: Gatto di Strada. These and other songs that impressed me more than others at the time were the signal that I was actually looking for something else. They were the songs that for some characteristics could be said to contain some Rock elements. But something was about to happen that should have made me understand already then which was the road I was looking for but couldn’t find it.

In June of 1979, the kick-ass single My Sharona was released by the American band The Knack. It was the theme song of a series of classic horror movies (like The Mummy and Bride of Frankenstein) that the Italian television broadcasted at the end of 1979 on Tuesday nights, with images of a slowly burning doll. That’s how I discovered it. And I was shocked. The exhilarating rock beat moved something deep inside my being. I was in my second year of high school and I also remember some classmates talking about it: “Did you hear that song…?” I still have the 45. I don’t know how it didn’t wear out because I had the ‘repeat’ on my turntable and I played it over and over again. I never got tired of it and I still do today. I dreamed of playing guitar in a band identical to The Knack but I had old-fashioned (pre-falsetto) Bee Gees and Pooh records. If I had to choose a single song that really impressed, influenced or changed me musically I would definitely say My Sharona. I find it musically perfect for its genre. A real masterpiece – and then the record’s cover for a teenager was… very cool! Sharona Alperin, now a real estate agent in Los Angeles, agreed to appear on the cover. Doug Fieger, leader and vocalist of the band, wrote the lyrics in 15 minutes on guitarist Berton Averre’s music. Sharona was his high school flame and he dedicated the song to her. They remained friends until the end, when on February 14, 2010 Doug passed away after a long illness. With My Sharona I realized that I had to look elsewhere to find my kind of music. I was 15 years old, I wasn’t able to play those riffs, I didn’t have the technique yet, nor an electric guitar. But … what a thrill! How much energy!

In September, Message in a Bottle of the Police had also been released. I’m not attracted to reggae, with all due respect to the great artists who have carried it out. It’s just a matter of personal taste. But the reggae influences that the Police had artfully mixed with Rock, however, sometimes aroused my interest. Message in a Bottle was another one of those songs that caught me deep inside and made me ask “how the hell does that guitarist play it?” I had no idea how Message in a Bottle could be played, not even where that particular sound came from.

The year 1979 was also the year of Another Brick in the Wall, by Pink Floyd, a bit easier to deal with for a novice guitarist at a time when Youtube didn’t even come to the mind of science fiction authors. We young guitarists were alone with our turntable and our ears. We used to transfer the song to the cassette tape so as not to spoil the vinyl record and we used the tape recorder, play-stop-rewind, trying to capture the notes of a quick solo or the sounds created by our heroes. Sometimes you could steal something from the rare videos that TV played but it was not much stuff. Years later I gradually learned to play them all.

In the summer of 1980 they gave me the best gift of my life: my parents bought my first electric guitar for my 16th birthday, a 70s Fender Stratocaster imitation. I had been dreaming about the Stratocaster for years and I knew it was unapproachable for our economic status. I had no idea there were cheap imitations. That year Tunnel of Love by Dire Straits came out, played with the famous red Stratocaster but the Schecter’s, not Fender’s (Mark Knopfler was already famous for his red Stratocasters of 61 and 62): I still have that 45 rpm too, played endlessly even while doing my homework, with the usual question in my head: “how the hell does he do that?”

It was also difficult, in a small provincial town like the one I was in at the time, to find people who had access to other kinds of music. You ended up playing Italian songs also because at the end of the day that was what they were asking you to do and it was easier to both sing them and play them. There was a friend, also always with his guitar in his arms, who played the Beatles endlessly. OK, but it wasn’t quite what I was looking for. I didn’t know there was anything else. I liked singing in English, I learned it well because I wasn’t content to mimic the words of the songs I liked, I wanted to pronounce them properly. But there weren’t many sources, the lyrics rarely came out in magazines but it was just a few popular tunes. I mean, it was difficult to discover new music and I didn’t have any friends who went beyond The Beatles, Pink Floyd and Dire Straits. So for a few years I went on with an Italian repertoire and some commercial rock music, even some Duran Duran and Spandau Ballet later (sigh).

In 1982 a Toto single was released which I’ve always dreamed of playing with a band and which has an overwhelming drum intro, a bit like My Sharona: Rosanna. It is for me one of the most beautiful songs ever, played masterfully by each of the instrumentalists, musicians of the highest level. 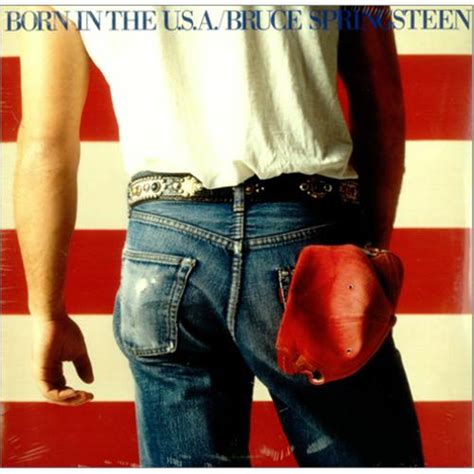 A few years later, while I was at the university, two musically affine twin cousins of mine gave me a tape that finally marked the final turning point: Born in the USA by Bruce Springsteen from 1984. Not a hymn to his nation but a heartfelt criticism, which is often misunderstood, even in English-speaking countries. I was literally blown away. On June 15, 1988 I went to see the Boss with the E Street Band play at the Flaminio Stadium in Rome and that day I was changed forever. While we were waiting in the hot sun, the PA on stage was sending the entire U2 album The Joshua Tree, released the year before. Someone said that rock was dying and that U2 and Springsteen were perhaps the only ones who still played it for real. The image of an entire stadium singing With or Without You is indelible in my mind. Even today I still play and sing some of Bruce Springsteen’s fundamental songs every now and then on the guitar and I get a lump in my throat so full they are of emotions and memories. For a long time I cultivated Bruce Springsteen’s music. Then I had other periods where I focused only on a few authors. Dire Straits and Pink Floyd followed. Then Toto, later U2 and at one point Pearl Jam. The latter made me realize that I needed to rediscover the roots of that music, so I took a step back and rediscovered Led Zeppelin, Jimi Hendrix, Eric Clapton… …and the greatest of all: Stevie Ray Vaughan. Finally…

When I started playing electric guitar again in 2016 and dusted off some of these myths of mine, I discovered how important Blues is to a guitarist and I realized that Blues-Rock was the genre that suited me best. It took me forever to realize that. It was a long trip, maybe a bit anomalous compared to other guitarists: from Italian melody to Rock, to Blues. You grow, you change, your musical tastes follow the changes and you refine; from the fundamental singles My Sharona, Tunnel of Love and Message in a Bottle, to the “alarm bells” Another Brick in the Wall and Rosanna, something was trying to make me understand since then what I really needed. I learned this as I rediscovered my passion for the electric guitar after decades in which I had relegated to my past the idea of playing in a rock band. I went back to doing it and brought with me my dreams as a boy, from unforgettable songs to the guitar I’d always dreamed of…