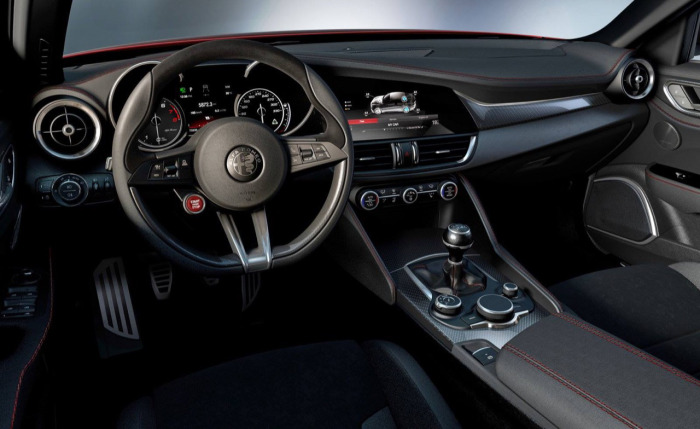 Let’s talk about futile things (come on, we’re on vacation!). I’ll also state in advance that I’m not a car fanatic, someone who polishes it every day and is afraid to leave it in the parking lot. I do, however, enjoy driving – and I need a car. Since it costs a lot of money to buy and maintain it, at least I try to have a car that gives me a pleasant feeling when I drive it – and I’m not just talking about performance. A car can be much more than just a tool, sometimes a necessary one. It is the synthesis of technology and design, for many it is a status symbol. Certainly not for me. I look for something else in a car.

A bit of history

Alfa Romeos give me a special feeling. I feel they have a certain personality, different from the others. It’s also a matter of mere design, as I see it, light years ahead of all the others. Then there’s their history: few car manufacturers boast a history like Alfa Romeo, made up of sporting feats, audacity, daring, innovation. As well as giving birth to Ferrari, Alfa Romeo has taught the world how to make cars in a way no one had ever dared to do before. Then, it’s true, others learned, and well too. But the fact remains that when the first Alfa cars with full bodies came out, such as the 1900, the car world was shocked by their sporty look and performance that was always at the top of the range.

The Giulietta Sprint of the 1950s was a further step forward – insiders were amazed. The Giulia later cemented the myth. Alfas were cars that won races and could be bought, I won’t say by everyone, but by ordinary people, not like Ferraris. Alfa Romeo would never have sacrificed performance: legendary road holding, a steering of a unique precision because it was directly derived from racing. Originally, even the acceleration and speed performances were always unbeatable. Then, as I was saying, the others also learned and this is no longer possible, of course.

Alfa Romeo, in addition to giving birth to Ferrari, taught the world how to make cars in a way no one had ever dared to do before. Then, it’s true, others learned and well too. 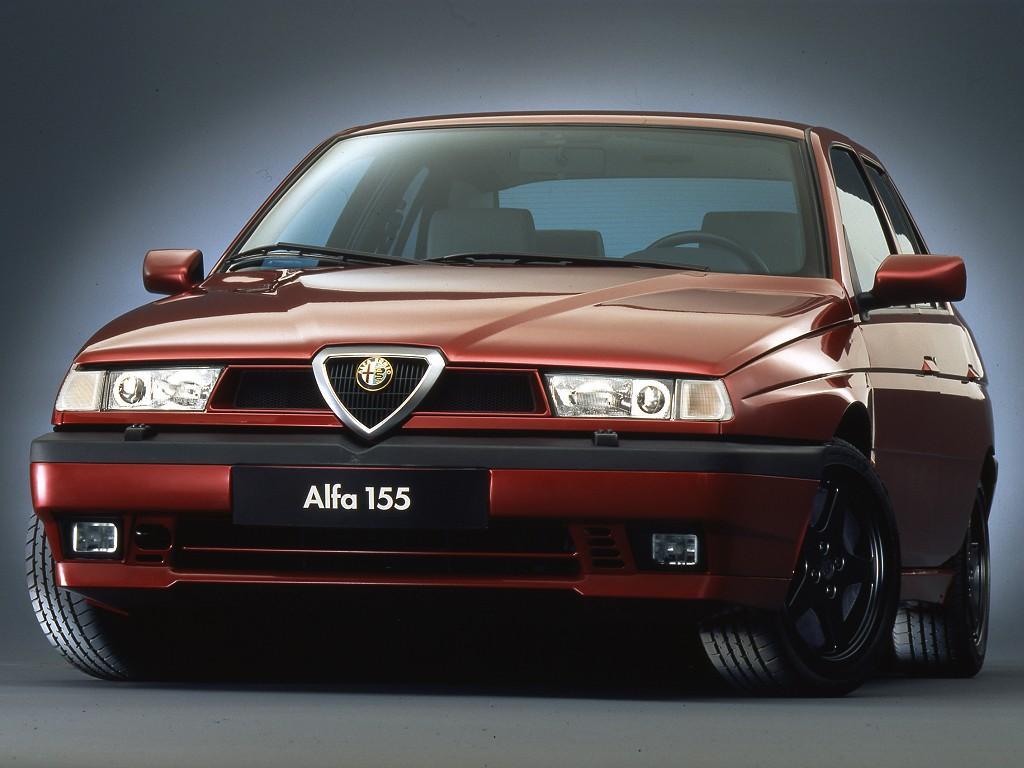 After the FIAT takeover, many pure alfisti rejected the idea of a front-wheel drive Alfa Romeo directly derived from the same platform as its FIAT counterparts. The point is that if Alfa had not been incorporated by its Italian rival it would most likely have disappeared or perhaps ended up in foreign hands. Some of those alfisti would have preferred that. I didn’t. But I’m not really interested in this debate.

When I talk about driving an Alfa Romeo, I don’t just think about performance. Even a modern Alfa Romeo (renamed with the derogatory Alfiat by the above-mentioned die-hards) retains something of the history of the legendary Milanese brand. It’s as if the glorious history of the brand shines through even just by looking at a current Alfa model or one from a few years ago. There’s something oozing out of an Alfa Romeo that doesn’t ooze out of an Audi or BMW. It’s really as if Alfas have their own DNA that is passed down from one model to the next, from the 1950s to today.

My Alfa 156 reminds me of the 1900, the Giulietta of the 50’s, the Giulia of the 70’s. It’s as if it hasn’t forgotten its heritage and respects it. It honors the past with the mere aesthetics of both its exterior line and its interior. I don’t care that it’s a front-wheel-drive diesel made in FIAT; I don’t care that its top speed is only about 190 km/h (as much as the 1.9 JTD is a nice, brilliant and durable engine). I care that when I get close to my car, just looking at it makes me think back to how things used to be, how people used to live when there was no internet and no cell phones. Strange association? Maybe, but that’s how I feel. Even at the wheel, the very conformation of the dashboard, controls, etc., reflects the Alfa of the past even though the materials and technologies are modern. It’s like stepping into the past without losing the modern technologies. Having the beauty of the lines of “once upon a time” with current materials and technology. 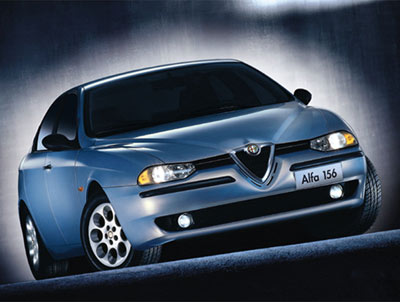 The legend is back

When it was designed, the Alfa 156 had the arduous task of reconnecting Alfa Romeo to its glorious past. It required a middle-class sedan, which at the time was the unloved 155, the first one made in FIAT, same platform as Tempra and Lancia Prisma. Although its sports version, the Quadrifoglio Verde Q4, won races against BMW and Audi, it never really entered the hearts of Alfisti. Something reminiscent of the glorious Alfas of the past was in demand. The designers were ordered to draw inspiration from the 1900, 1750 and 2000, as well as from the Giulia, also in the Sprint version. The result was remarkable: a car that in the sedan version was reminiscent of a coupé, with details such as handles with the button as in the old days and the rear ones hidden in the door frame, making it look like a 2-door sports car. Despite the front wheel drive, the legendary road holding was at the top, thanks to a front end from a racing car, with little turning radius but an incomparable precision in corners. 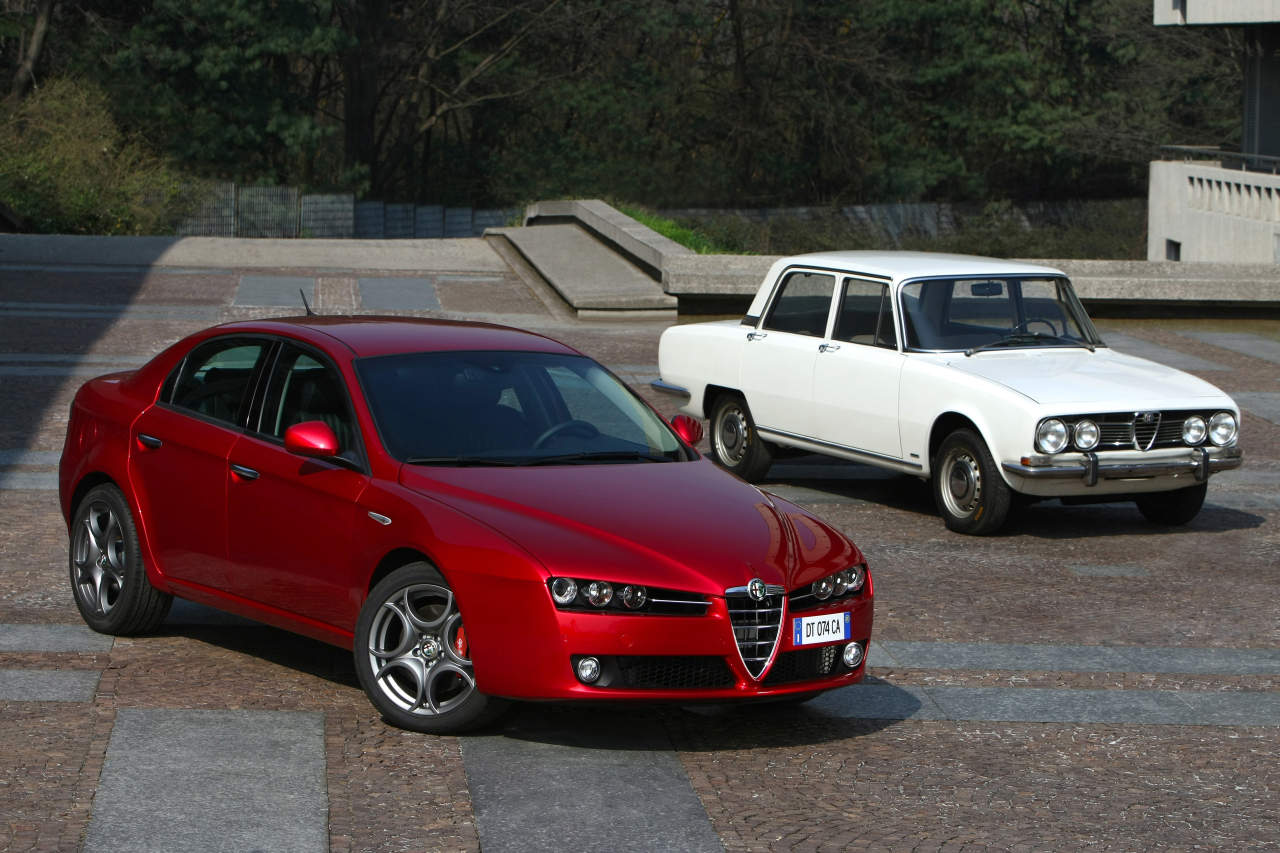 True to its past

But the important thing for me was to always respect the past, what Alfa Romeo has been and what it has meant to its admirers. It’s a bit like respecting past generations, who live on in us. By acting on the good things they taught us, we honor their memory. In my opinion, Alfa Romeos are the only cars that can do that. The modern car owes everything to Alfa Romeo. If today there is not a great availability of models, it is a problem of another kind, which is beyond what I want to address here. I’m sure that for me, after the 156, there will be a 159. I buy strictly second hand, so maybe one day even the new Giulia, maybe after a Giulietta intermission? 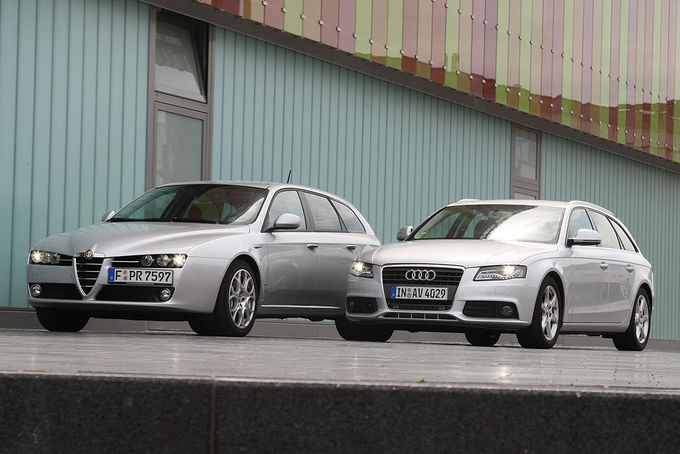 The Alfa 159 was a model that was not understood and not very appreciated, but it is still a great car, which fully satisfies the emotions I look for in an Alfa. After all, the Italian car is generally not appreciated here in Italy, where the German car is the master; excellent cars, of course! But I don’t understand one thing about my fellow citizens: speaking in a very general way, a certain type of average Italian looks at the “Krauts” with suspicion, almost contempt; he/she does not like them and finds them unbearably overbearing economically and politically within Europe. Well, it is almost always the same average Italian who appreciates their technology and buys German cars contributing to their economic power!

I like the “Krauts”, I have several German friends (I have also happily owned an Audi), but I don’t think their cars are on average superior. I think they have an offer, a possibility of choice definitely superior, especially in the motorizations. Until a few months ago, there was no more middle class Italian sedan to buy (and this was absurd): the last FIAT sedan was the Marea (2003)! The Lancia Lybra went out of production in 2005 and the Alfa 159 in 2011 – all without an immediate replacement! This is incomprehensible and gives some reason to those who don’t buy Italian, since they can’t do anything else!

I am convinced that, when possible, it is also convenient to buy an Italian car, if only for the decidedly lower maintenance costs, since we are within the market of origin. I’m also convinced that in the same market class, an Alfa Romeo has nothing to envy to a BMW or Audi (that since entering VW was strongly inspired by Alfa Romeo) of the same category – if anything, the opposite is true… 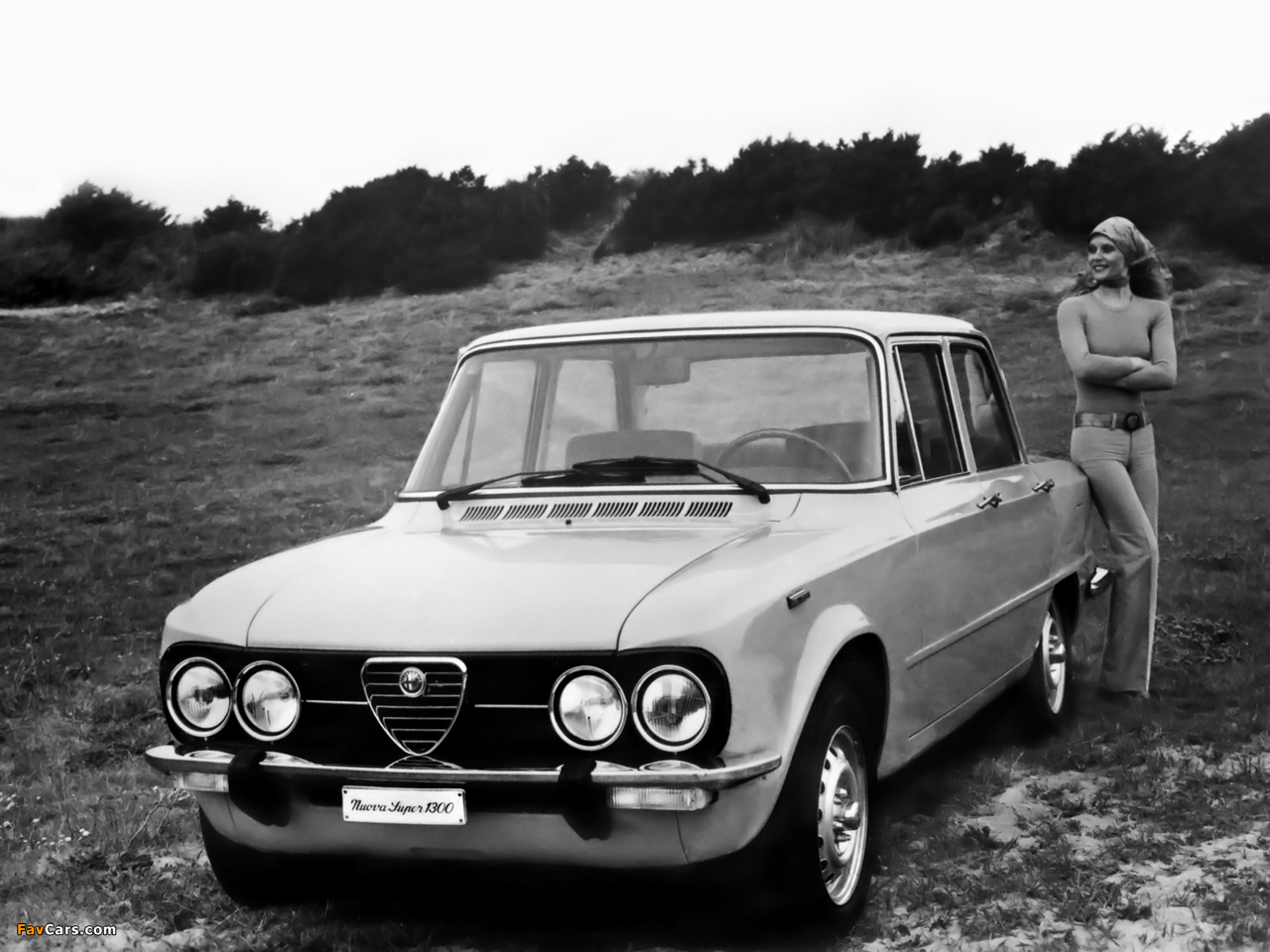 My memory of the 1970s is that of a child. But sometimes I feel nostalgic for a time when it wasn’t possible to be reached at every moment in every place, when one wasn’t bombarded by an absurd and unmanageable amount of information; in order to take a picture you needed someone with a real camera; in order to listen to music you had to dust off a vinyl record. We had less technology but we were freer. I don’t know if it was really better, but maybe it was more intense. I see an Alfa Romeo passing by and it reminds me of the cars of those years. I drive mine and it’s like a leap into the past, towards those perhaps truer times. Just as I sometimes take photos with film and listen to music on vinyl records, I drive an Alfa Romeo so as not to lose touch with that way of being that the digital world wants us to forget. I drive an Alfa Romeo to stay in touch with my humanity….