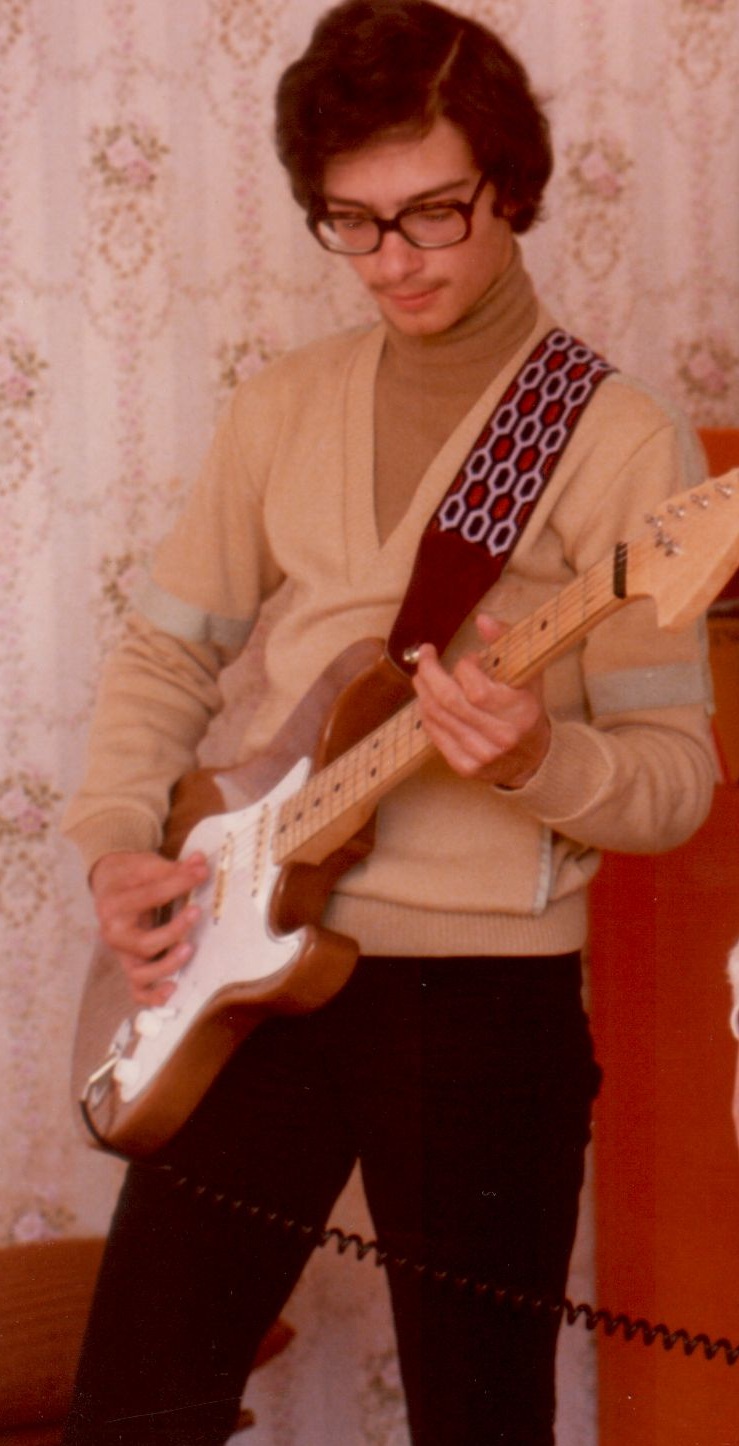 As teenagers, my sister and I used to play guitar with friends. While playing together, we soon started to want an electric guitar. First we bought a pick-up that could amplify the sound of our very cheap Eko acoustic guitar. Then, after strong insistence and given the great passion that my parents could easily observe, we got what I remember as the most beautiful gift I ever received from my parents. The electric guitar. I don’t know why, but I expected my electric guitar to be one of those with a hollow body.

The legendary guitar for me at the time was the Fender Stratocaster and I always stopped to admire one in a shop window. I still remember it well, it was metallic grey with a black scratchplate and rosewood fingerboard. It cost what would sound like 1000 quid today. Unthinkable. The day we decided to enter that shop to finally buy an electric guitar, an electric bass and an amp for me and my sister, the shopkeeper proposed us a spectacular “solid body”, completely identical to a Fender Stratocaster, wood color (ash) and maple keyboard. Like the bass, which replicated the Gibson L9S Ripper, it was perhaps a Melody model. It had Di Marzio pick-ups, like some Stratocasters used to, with a very respectable sound. The price was 320 quid, practically only 1/3 of the real Stratocaster but still too much. My mother and father, with a colleague who was a friend of the owner’s, closed down at the office and had a long discussion. An clerk offered me to try the guitar while the others were discussing possible discounts. I didn’t want to do it because I knew I could never have it. A commercial employee cried out of the room. 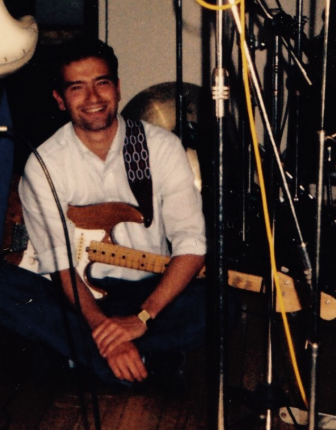 The negotiations were almost “violent” (not my father, who is like me, unable to treat even just 5 cents). After a few minutes of tension the door to the office opened and my mother, with a smile, approached me saying: “It’s yours…”. I couldn’t believe it. I still get excited writing it down. I went there imagining a guitar that, I was going to learn a great deal later, would be more usable for Jazz. Instead, I found myself holding in my arms an exact copy of the unreachable Fender Stratocaster.

These are things you never forget… I’ll never forget the terrible frustration of returning home with guitar, bass and amp and soon leaving for a vacation on the beach without even having time to try out the instruments. Usually, my sister and I, at the beach without friends, only with our parents, were bored to death. That year was terrible. We weren’t in the skin, my sister couldn’t wait to try a real bass for the first time in her life; and I couldn’t wait for my dream electric guitar… The “holiday”, which began with the atrocious news of the massacre at Bologna station, did not last more than a week, since not even my parents are the beach type and, given our faces that were becoming longer and longer day after day, they put us back in the car and drove back home. But we arrived at the dead of night: it was too late to play…

From the next morning there was never a day without me taking on my electric guitar at least for a while. After a few days I would have turned 16 (1980). We “performed” for the first time “live” in front of a small audience of children invited to my birthday party. That bass and that electric guitar accompanied us for 13 years. We never did anything more than play with friends in rented rehearsal rooms, to record tapes with our covers. No creations, nothing original, never a public performance. But it was big fun!
For years I’ve been convinced I had a Di Marzio Strat because of the “Di Marzio Powered” sticker on the scratchplate. Instead, it only indicated the brand of the pickups, a name well known also in Fender where some Stratocaster models came out with Di Marzio pickups.

Then someone told me that it was rather a simple  Stratocaster copy by the Italian maker Melody. Like the Strat of the 70’s, it was in ash, typically very heavy, with the larger headstock of the time (but obviously without decals). The pickups must have been the very good and historical DSDs (DI Marzio Super Distortion) used at the time by several professionals for their excellent ability to saturate the amplifiers of the time, which did not have a gain section. Another peculiarity that could be defined as “vintage” was the truss rod at the base of the neck, accessible from the edge of the pickguard.

Today I have a real Stratocaster, even if Made in Mexico. One day maybe I’ll assemble one according to taste and possibilities. If it will be a model that remembers as much as possible what I had, it is still to be seen. But it will still be an even more beautiful tribute to my past and to my parents who made it possible with that unforgettable gift.