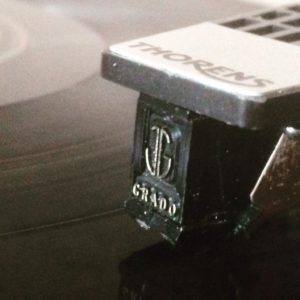 After having used Grado cartridges for years, I am now running a Shure M97HE body with a Nagaoka N97ED stylus. It is not the best the M97 body could do because it deserves a hyperelliptical stylus tip, but it still sounds really good. I also have another option, a surprising Audiotechnica AT95 upgraded with an LP Gear HE stylus. Stunning performance. A proper Shure M97HE should be even better but I still haven’t found a hyperelliptical stylus. And my Grado cartridges? I have an old Prestige Gold0 body. It had been outperformed by the following Gold1, completely outshone by the Gold2 and killed definitively by the latest Gold3 version.

The Prestige Series 3 has been a major performance upgrade by Grado. I have been considering buying one for months. But I have a nice Signature 8MX body that would deserve a proper stylus, usually the choice is the venerable 8MZ, also recently upgraded by Grado. What to do?

I love how the hyperelliptical AT95HE retrieves fine information from the groove. I can’t wait to listen to my M97 with a HE stylus. But Grado? They don’t seem to believe much in a finer profile. All their styli from the Prestige Series 3 to the new Opus 3 wood bodies cartridges have bonded elliptical shapes. Although it appeared the new 8MZ would have been a finer profile, some retippers claim they’re sure it is not so: the new 8MZ looks identical to the Prestige Gold3 stylus under the microscope. Moreover, Grado claims the Prestige 3 styli up to the Green3 have 3-piece cantilevers while the top ones have 4-piece cantilever. Well, it seems the Blue, Red, Silver and Gold styli are all actually 3-piece. Same goes for the 8MZ. Why? I have no idea. Judging from what I read about the new Opus 3 woodie, at Grado they can deliver great performance with 3-piece cantilevers and elliptical bonded styli, where others need to go for more refined cantilevers and nude hyperelliptical stones to be at the same level! Great job with the bodies maybe, but the retippers also claim that when they replace the original Grado cantilevers with better ones, the performance becomes outstanding! 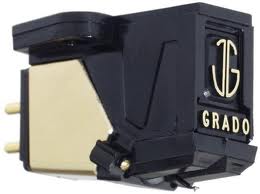 The new Prestige 3 series has completely overshadowed the previous ones. The new cartridges are now much more like the old and revered Signatures they replaced on the market. And the separation specs are also superior (over 35 dB in all Prestige bodies). So what would be the point in buying an 8MZ stylus for a Prestige body when the Prestige 3 series is so much better on paper? Or is it? Some would never change a Signature body for a Prestige one. It seems the built was extremely superior at the time. But what about separation? It is 25 dBs of Signatures versus 35+ dB in the new ones! What do Signatures still have more than the modern Prestige 3s? Joe Grado’s signature on them and a superior built? Has his nephew John done better (well, maybe taking advantage of more modern techniques)? I don’t know yet. Still his brother Rich reportedly advises tu upgrade Prestige 3 cartridges with an 8MZ stylus…

What I’ve read recently also makes me think: it appears there is really a small difference among the Prestige 3 cartridges of different colors. Some have found better builds in Green and Blue bodies over Gold ones! It is really difficult to grasp any better performance from a Gold3 when compared to a Blue3. Even the cheap Black3 is stunning. John Grado reportedly said the Red3 is the sweet spot of the series. But many claim it is impossible to distinguish it from the slightly less expensive Blue3. That said, “lesser” Grado Prestige 3 carts are a bargain since they have comparable performance to the top ones for most people and in most systems. Some reports dark sounding Black3 cartridges, great performance for the price but not very detailed at the top end. I could testify to something similar since I have a Black2, maybe Black3 stylus that sounds dark in both my Gold0 and 8MX bodies. What the Prestige Green3 and Blue3 offer for their price is a lot.

I love Grados, I like the way they keep producing cartridges by hand in their Brooklyn labs. But all this fuss about Grado colors not being actually different from each other is making me also look elsewhere. I love old Shures with the flat response. Being a guitarist who plays live I like the idea of a flat, neutral response and Grado are said to be not like that, to have a house sound. Moreover, they stopped long ago to provide nude diamond tips and quality cantilevers.

Shure is out of the market, though, and they have been claiming strange things before closing the production, like that the most recent M97xE model was superior to the old M97HE and even to the V15xMR! Come on! Nobody believes it! All Shure’s models with an “x” in their name have been designed to have a roll-off of the top end in order to return a “warmer” sound many appreciate. But so long for the flat response…

How would a Blue3 compare to my M97 with a HE stylus? Or to my Signature 8MX with an 8MZ stylus? Who knows? Will I ever know…?