It is customary in martial arts practice to refer to a high-profile teacher whom many practitioners draw inspiration from. Today, the true Japanese Budo master has almost disappeared. Nevertheless, many of us express their preference by officially stating which Master we are following or inspiring our practice to. In my opinion, those statements need some clarification.
Besides certain “stalking” occurrences where someone’s tailing his own master, observing his behavior during the day, skulking in the shadows at night outside his home, “following” a master means attending his seminars and training “classes”.
END_OF_DOCUMENT_TOKEN_TO_BE_REPLACED

The Ki awakens – How much Aikido in Star Wars?
Star Wars. Jedis and Samurais. The Force and the Ki. How many similarities! When Luke Skywalker in the second film of the original trylogy, The Empire Strikes Back, flies to the Dagobah system to meet master Yoda, he does not recognize him in the little funny being in front of him. Annoyed, he replies to the tiny one’s many questions trying to dismiss him by saying he’s looking for a “great warrior”. “Great warrior! Great Warrior? …War not makes one great“, is master Yoda’s wise reply. Aikido founder Morihei Ueshiba would have said the same. So bear with me as the Ki awakens…
END_OF_DOCUMENT_TOKEN_TO_BE_REPLACED 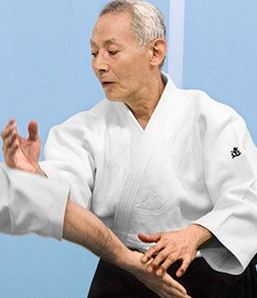 I’ve always claimed it: Aikido is really useful right when your morale is low. To avoid training when you are down in the dumps is a bit like avoiding food because you’re hungry. Until we don’t grasp this, we haven’t grasped the real essence of the practice.
Now, maybe I should refine the concept more, since this has just happened to me last weekend. I avoided practicing in a very important and luring seminar, even though I had paid in advance. Why? I didn’t feel like it, I had low spirits…
END_OF_DOCUMENT_TOKEN_TO_BE_REPLACED 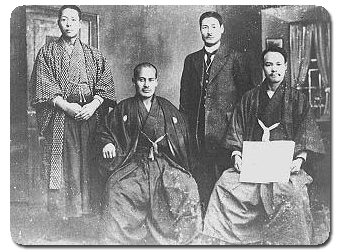 Japanese martial arts – properly speaking (I mean Budo, not Bujutsu) have been created as a means to self-improvement. The aikido founder clearly talked about a practice to shape honest and truthful people. Judo and karate, just to name the most famous, are no less. Probably, their involvement in combats and competitions, the prizes and the achievements affected the practitioners’ ego, which has been inflated instead of diminished. But aikido has no competitions, so the problem must be found elsewhere, since aikido is not certainly a discipline which is immune to attention-seeking behavior. Yet, one of the practice’s goals is exactly that: limit your ego.
END_OF_DOCUMENT_TOKEN_TO_BE_REPLACED

I’ve been thinking about this subject for a while, but I didn’t know where to start from… er… er…. I’m a bit shy…. 😉
Come on! What’s the problem! Everybody knows Aikido is love, Aikido is life. Isn’t it?
So let’s start and in doing so, let me also point out that not all the concepts described below are my own, but they are also inspired to someone who knows far more about Aikido than me…

Someone says: “Why am I doing Aikido? Only for the girls…”. And he highlights the irony with: “I can touch all the women I want and I’m also being paid to do it!”. A very attractive practice, many will agree… And we can also easily overturn the matter in favor of the other sex (let alone for gay people!). I would also add: not only I’m paid for doing so, thay also thank me! During class, when the teacher practices with some of the couples, he tuns people upside down and etiquette requires them to even thank him! With a Japanese-style bow!
Aikido has much to do with sex. Irony comes easy when practice involves a couple rolling on a carpet while sweating and panting… Furthermore, we don’t talk about opponents but partners. Some teachers even urge partner exchange during class, although some more traditional schools rule that a couple should stay together forever (I mean, for the same training class). How boring…

Jokes aside, what partners are really exchanging is certainly (besides some body fluids – sweat abounds) their roles: tori, the defending one, executes the technique (yang); uke, the attacker, undergoes the technique (yin). For the sake of precision, uke does not undergo a technique, he/she receives it, as the ethymology of the Japanese word would suggest. In that way, uke is training his/her own feminine side – indeed, receiving “is” a feminine role.

We could easily make wedding-related chauvinist jokes about wives bashing husbands who in turn must defend themselves, but this is not the point. The point is, by swapping roles on the mat during training, we alternately work on both our feminine and masculine sides. As we all know, any individual has a side of the opposite sex. It is very important to be conscious about it, to accept it and to nourish it, for our own psychological equilibrium. And here comes Aikido, helping on this matters, too. When uke, the feminine side, attacks, on the instant of first contact he/she must be able to let go, to donate his/her own body to tori, giving him/her full trust (not “thust”, what are you thinking of?), practicing giving trust. Tori, in turn, must “give” uke: he/she is responsible for uke‘s body, for his/her own safety. Something amateurs fail to understand is why uke should let tori do the technique. It is not “compliant abandon”. Uke‘s work is the hardest. A more experienced uke should let a less experienced tori understand when his/her technique is not working. Uke will use his/her own strength not for blocking uke, but only to contain him/her (as stated by a famous teacher who really cares about this subject – whom I thank for the inspiration). The analogy here is that of a weight machine: if we charge it too much, we will be unable to move it, unable to work and build up our body. In the same way, if a huge uke would use his/her own strength to block a small, and maybe even unexperienced tori, the latter would be unable to work and build his/her own body through Aikido.

So imagine a woman who, in dealing with a less experienced man, froze him on the spot, blocking any “ambition” he might have had from the beginning. Wouldn’t it be better if she helped him overcome his clumsiness so they would both enjoy of his own growth (pun intended)? This is the meaning of uke donating his/her own body to the partner, in a very active way, not by surrendering. Tori‘s strength, in turn, must be constructive, it must help uke to become strong, it’s not supposed to destroy him/her. Tori is not supposed to be there showing off how good he/she is while throwing an unfortunate uke back and forth; tori is at uke‘s service, he/she should perform the technique in the way uke will allow him/her, which is the only way to cause no damage. Damage in Aikido does not occur on the spot; it may surface later, after years of training in the wrong way. Uke‘s body, his/her posture, placement and dynamics during the technique, should guide tori in his/her execution; by doing so he/she would totally respect uke‘s body physiology. Isn’t tori at uke‘s service? To serve, saburau in Japanese, is where the word samurai comes from. Samurai is the one who serves, who takes care of the other one (see it?). The received technique should give uke pleasure – we aikidokas abhor sexual violence. Hey, someone is also talking about improving his sexual life through Akido practice! What are you waiting for?
I admit someone will not feel comfortable to the idea of training his/her opposite-sex side during practice. But life is not easy, relationships neither. And history tells us how the samurai made no scandal of same-sex relationships but on the contrary it was considered a virtue sometimes – much like it happpend in ancient Greece and Rome.

Therefore, let’s keep on training, and while at it we shall consider that when we are uke we are nourishing our feminine side, when we are tori we are developing the masculine one. Let’s give ourselves to others more, let’s donate our bodies. We will get psychological and physical benefits in return. Training in this way should improve our sensitiveness toward the others in every sense. A simple katatedori grab should allow us to perceive everything about our partner: the Aikido rank, tensions if any, issues, being shy or not, an open mind or not and, who knows, how he/she makes love without even sleeping together. Ok, I’m selling Aikido as a practice to decrease the adultery rate… no, it does not work that way…  😉
The feminine vs. masculine work is also reflected in different parts of our body: the hands do the feminine work; the feet do the masculine one. Tori‘s hands should be able to work on uke without causing pain, the techique should be felt as an embrace, whether it is a lock or throw. Hands must be soft, they gently stroke. Feet and legs must be strong, they provide thrust, energy, allowing the hip, the pelvis to go forward, to enter, to do the masculine work donating energy and life.
At this point someone could glimpse some analogy with dancing, where male and female roles are well defined. But Aikido training is much different. It is based on combat movements, but modified so that they won’t cause any harm, only benefits. In Aikido the roles are periodically exchanged, allowing the practitioners to work on both their feminine and masculine sides in the attempt of seeking self-improvement, working on everything that make us human beings. 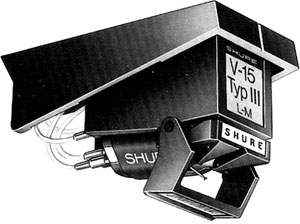 In the summer of 2012, during the usual Philippe Gouttard seminar in Follonica (Tuscany), I failed my 3rd dan Aikikai exam with the great French master. Some would argue that my image as a teacher, although since a short while, could suffer a serious damage. Furthermore, the feelings after a failure are diverse. The will of practicing decreases a bit. You feel a somehow mentally tired knowing that all you’ve done was not enough, while you were convinced it was much. Like after a bicycle or horse accident, it is important to start over again soon! Thank God I was at a seminar, so, immediately after my failed test, I was back on the mat!
END_OF_DOCUMENT_TOKEN_TO_BE_REPLACED