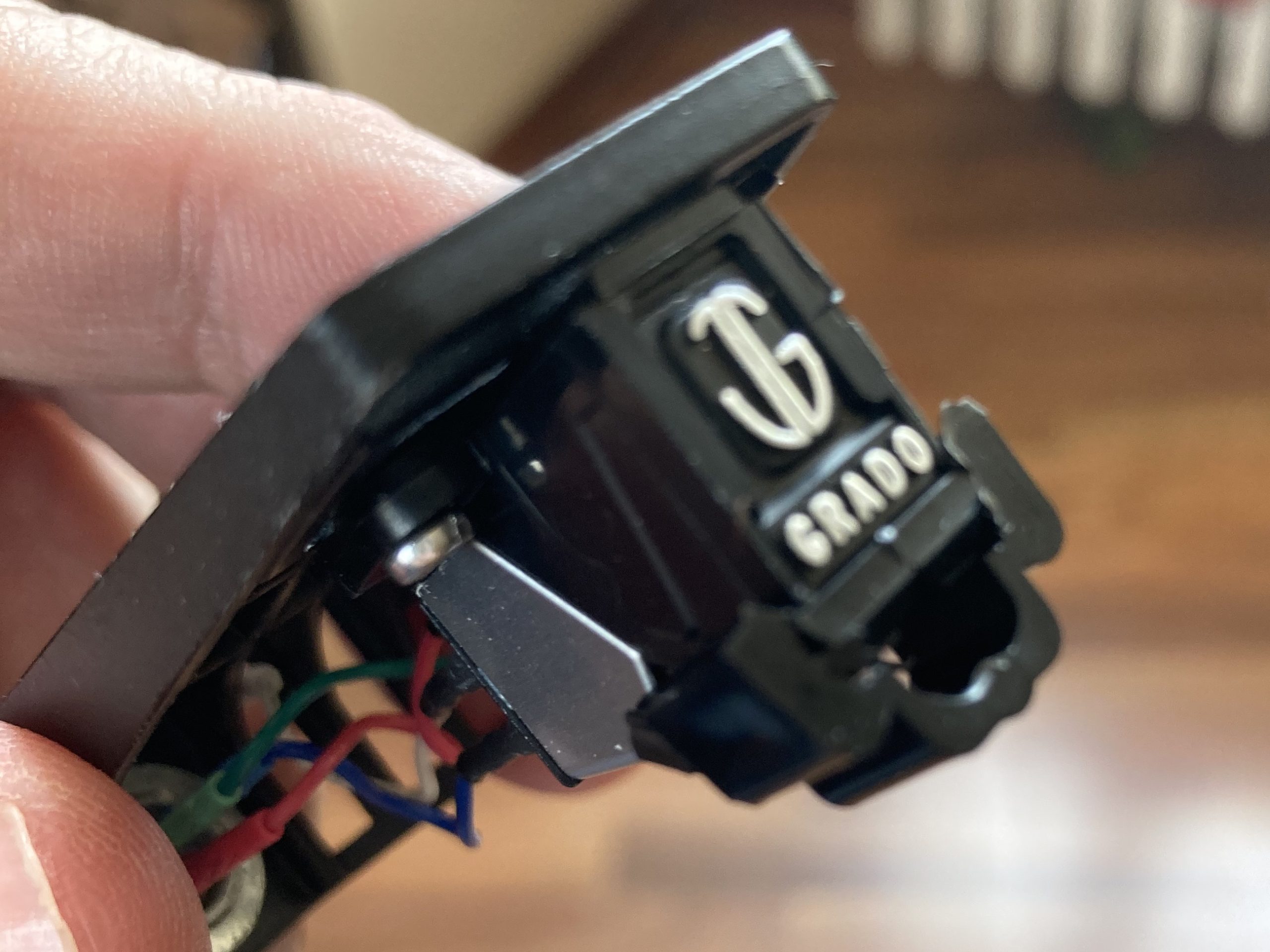 I somehow managed to get hold of some other cartridges and was particularly surprised when listening to a Shure M97 Era IV, which has since become my primary cartridge. I also have an Audiotechnica AT95HE that is not bad. But I missed Grado. At first I tried to put a cheap Black2 stylus on the old Gold0. Nothing, very dark sound, definite rolloff in the high end. I tried to have the broken 8MZ repaired but was told the suspension was gone. It”s the low end that’s missing here now and the level of reproduction is low. I had picked up a wonderful ’86 Signature 8MX years earlier but never got to listen to it with the deserved 8MZ under normal conditions.

For a long time I tried to figure out what was better: invest in a new 8MZ (increased in price but improved in performance in the new version) for the old Signature, or go modern with a new Prestige 3 series. Introduced in January 2020, the new series came very close, according to some, to the performance of the old and beloved Signature. More importantly, the new Prestige 3s were a big leap forward from the previous Series 1 and 2. Some of the technology gained in the top wood-bodied cartridges was passed down to the Prestige series, making it much better. What to do? In the end I decided to go with the Prestige 3 and opted for the Blue3, the least expensive of the cartridges with the new 4-piece cantilever. It seems that the Gold3’s cantilever is very similar to the current 8MZ (which is still considered the best upgrade for the Prestige series).

Certainly, when my new Blue3 stylus will have had its day, I will buy an 8MZ that will also fit on the 8MX that I am curious to hear in the most appropriate way. When there was the Prestige 2 series there was a different perspective compared to the old Signatures: the soundstage of the latter was deeper and more distant, that of the Prestige was less so but you were projected, so to speak, in the front row. Not better or worse, but a matter of taste. Today they say that the new Prestige 3 is closer to the old approach. On paper, the separation (30 dB) puts the new Prestige 3 on a higher level than the Signature, which had a lower separation, but perhaps a more refined construction. In perspective they cost much more than the Prestige of today, they were perhaps comparable in level to the current cartridges with wooden bodies. But modern technology allows similar performance at more reasonable prices and so the Prestige series was born in the John Grado management. The “prestige” of the old Joseph Grado Signature series, if you allow me the pun, comes from the fact that it bears the name of the founder and inventor of Moving Coil cartridges and Moving Iron technology of all Grados. But we’re talking about the 1980s. Could it be that we’ve gone backwards in the meantime?

Already from the first listening impressions I have renewed the pleasure of playing vinyl records and I am finally starting to remember why I liked Grado cartridges. And we are talking about the first break-in period, the cartridge still has to “loosen up”. Until now my only cartridge that worked 100% was the Audiotechnica AT95HE. Beautiful, detailed, nothing to say. But the Grado is another story…. It’s been years since I listened to a fully functional Grado. My Shure has an ED stylus, elliptical, not hyperelliptical as it should be; the Grado Signature 8MX has a damaged 8MZ stylus; the old Gold0 had a Black2. None of them were at their top specs. Finally, the Prestige Blue 3 gave me back the sound I was so fond of. 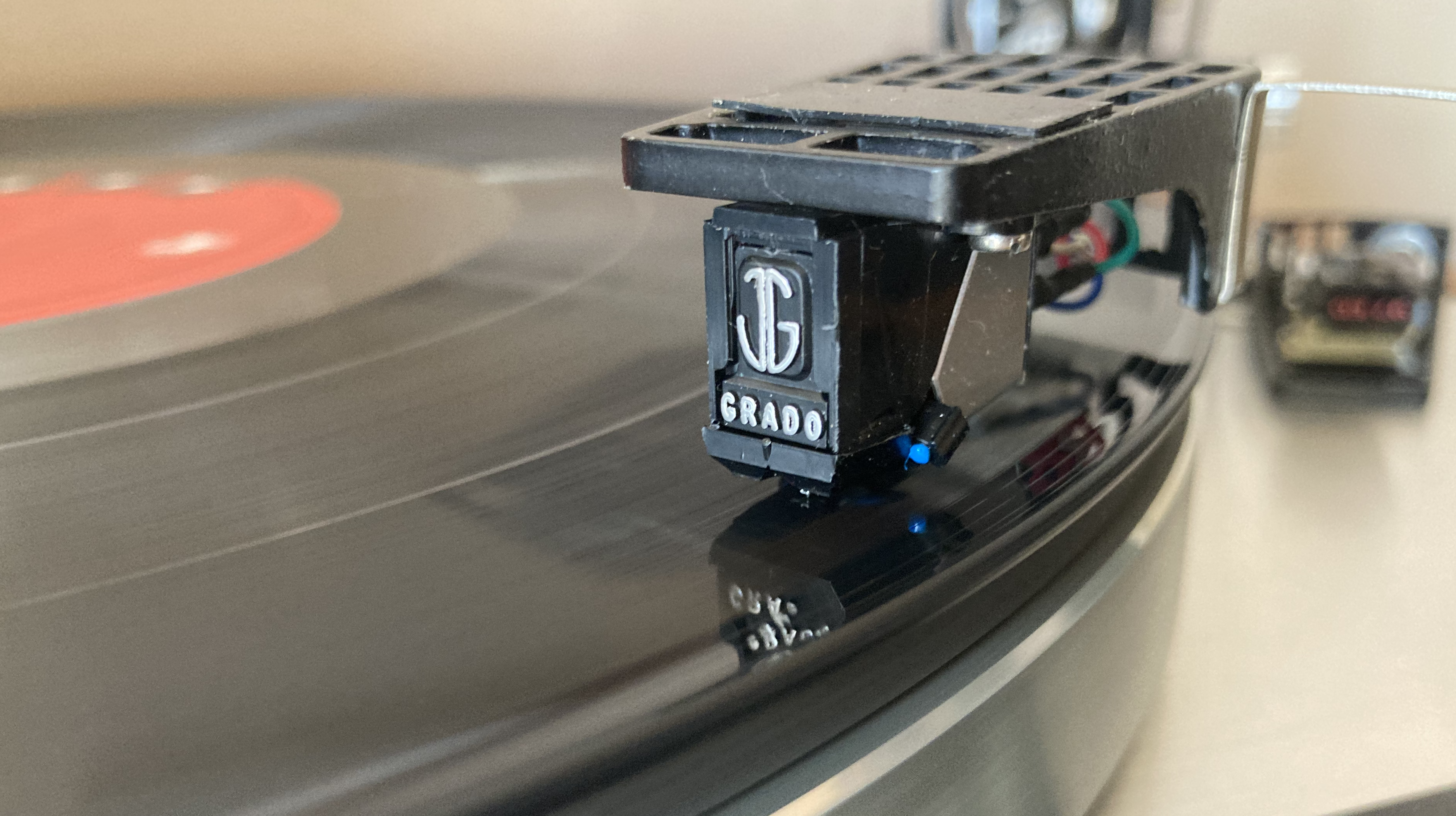 Mind you, I like the Shure sound, famous for its straightforward, flat response (at least the one from the 70s-80s). But Shure doesn’t make cartridges and parts anymore. There are other manufacturers that continue to make styli for the old Shure, but while great they are still not the same as the originals. Audiotechnica is a big company with a very effective service department. They offer cartridges for all budgets and all are of very good quality. They are famous for having a very detailed sound with the treble in evidence, but the newer models are more balanced and certainly on some level their response is as flat as the historic Shure cartridges were.

Grados were famous for being unrivaled in the midrange (for example, vocal reproduction is unbeatable). They were criticized, however, for adding “color” to the sound, a typical Grado sound that you may or may not like. The latest Prestige series is considered much more balanced and equilibrated. Less “colored” in the low frequencies and more refined in the highs. The mids are excellent as always. And for me it is irresistible to look at a Grado cartridge while it is playing and think that it was built by hand in an old and historical laboratory in Brooklyn by experts who are treated as if they were part of the Grado family. John Grado is an entrepreneur who in the 20s of the 21st century still does not bend to modern commercial dynamics. He does not automate on an industrial scale to increase revenues, he does not change models every year to convince people to buy them again, but only if he really has something to add.

Someone criticizes the subdivision of the Prestige offer in 3 ranges with two models each that actually have nothing different but are selected by John Grado himself listening to them and giving each the “color” it deserves in the ascending scale Black, Green, Blue, Red, Silver, Gold. The cost of the Silver and Gold is for some not justifiable because they are identical in every way to the Blue and Red. This is the reason why I decided for the Blue, the first in the series to have the 4-piece cantilever instead of 3 like the Black and Green. I don’t think I could hear the sonic difference between my Blue and a Gold. I’ve read of people much more trained than me who can’t hear big differences even between Green and Gold (and that the Black3 already has a very good performance). So I’m happy with that, also in light of the fact that in the future I will definitely be mounting an 8MZ on this cartridge, which I will alternate with the prestigious Joe Grado Signature 8MX).

It may not be all sunshine and roses, Grado has to sell their products, but they still seem to do so with a love for music and its proper reproduction. Well done, John!