I started Aikido with Valter Francia in 2001 and I will always be thankful for this. He introduced me to this art and I will never forget it. I still remember the euphoria at the beginning of every day I knew I would have trained later. The day started in a better way just because there would have been Aikido. The ones who know me well are sure this is the truth and that when I say/write something, there is no hidden goal, nothing is between the lines. Never.

I’ve be knowing Valter and his family since over 20 years ago. These are not things I easily forget, nor I allow futile events to remove such memories. I trained for 9 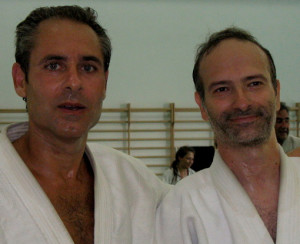 years at the Sakitama Dojo of Rome, Italy, with a tenacity that no one in my original group has been able to maintain. I’m the only one of that group that is still practicing. When I joined them, we were all beginners, maybe just one wasn’t. Actually, I started a few months later than the others and any of them could help me with the techniques, giving me explanations and advices. But maybe my passion was more unlimited than theirs. Year after year they all slowed down and finally quitted. I never did.
I’ve never allowed any life hurdle to interfere with my practice. On the contrary, whichever the problem I was facing in life, I 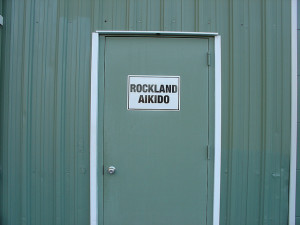 used the practice to help me deal with it. Since the beginning, I plunged body and soul into the practice, I lived Aikido, I breathed Aikido, I was Aikido – inside and outside the dojo. If I was late at work, I didn’t skip the class: I appeared on the mat even if I could train for just the last quarter of hour. I happened to work in the USA for a few months. I visited New York’s Aikikai as a fresh 2nd kyu. I attended two morning classes on a November Sunday in 2004; there were Ruth Peyser and Seichi Sugano (Yamada was travelling). Then, the job kept me out of the City for a while, but I found an AAA dojo near my hotel and had the chance to train with Glenn Matsuda in his Nanuet dojo, in Rockland County, NY.
Once back home, in few months I was wearing the hakama and I was the oldest practitioner. So I started to help teaching and sometimes I also happened to hold the class. When life brought me to live far from my dojo (in my wife’s area), my tenacity didn’t falter: I was commuting from the small town of Montefiascone, 100 km north of Rome, to the Ethernal City everyday. I woke up at 6 am to catch my train; on training days I used my car and I reached my office in the huge morning traffic and after the eight-hour shift I drove to the dojo in the evening traffic. Than, again at the wheel for a 1 hour drive home after training. I was there by midnight sometimes, and the day after same 6.30 am train to catch… 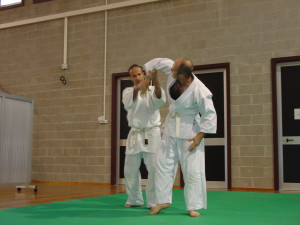 Despite all this, I’ve never quitted, I’ve never thought to train somewhere else, closer to home or work (and sure I had the chance). I never did it. At the time, we had a Saturday afternoon class. I drove that additional 1 hour and 15 minutes to the dojo to train. Often there were just a couple of trainees (for a while I prepared my shodan exam with young 5th kyus). Than I was back home after the usual 100 km drive. When I had the chance, I trained in local dojos, though they were different styles, such as Iwama and Shumeikai.

At the beginnings of Valter Francia’s course, we thought the dojo might deserve a name. I started browsing through the Aikido books I had (I bought the first one right after my first class). I came up with the idea of using one of the 4 names that in Shinto describe the four souls composing the one spirit. One of them is Sakitama. The name stuck since then. I also set out to work for designing a logo and a website. 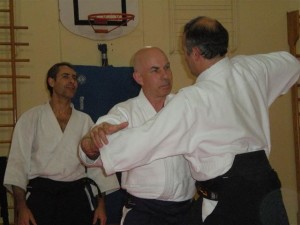 The Sakitama name was on a book by William Gleason I bought in New York when I was working there, as I described above. The American master who lived in Japan for 10 years also was, like Tissier and Gouttard, very close to Seigo Yamaguchi. Many years later, one of Gleason’s students asked me to organize a Seminar in Rome. William Gleason held a seminar at the Sakitama Dojo, his first (and only, for now) seminar in Europe.
Practicing with Valter Francia allowed me to meet several masters he was following: his own original teacher Roberto Martucci and then other Italian teachers like Nino Dellisanti, Nando Silvano, Franco Cozzupé, and the French masters Christian Tissier e Philippe Gouttard, whom they all were studying with. Valter had always been a fan of Philippe Gouttard’s Aikido. After a while, once I’ve reached the right level, inflamed by the epic recounts of my friend Marco Carboni, I started to appreciate Philippe Gouttard, too, and began to travel and train with him.
I remember a seminar with Philippe Gouttard in Rome, when I had to drive back and forth for 100 km each way on Friday, Saturday, and Sunday, to stay closer to my pregnant wife who was forced to stay home. You can say the trips were tiring, but I was sure the practice would have charged me back and I would have felt good, better than staying home with the excuse of a pregnant wife. And so it was. 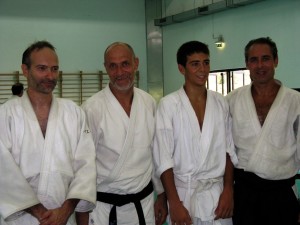 The baby was born but I didn’t quit. My wife “hates” me for this, but at the same time she understands that I need it for my well being, to fight against my getting older – I’m 45 years older than my son and I feel obliged to stay in shape and young for longer, for him. Nothing is more efficient in this than Aikido. A week before my son was due, I was in Prague training with Philippe Gouttard, ready to jump on the first flight home in case of sudden “notice”. My son was almost 2 month old when I passed a dan exam: I drove to Naples and back in the same day, although this time from closer to Rome, where we moved a few months earlier. Seigo Yamaguchi, father of three when all Hombu Dojo teachers in Tokyo limited to one each so much they were involved in their activities, stated that we really practice Aikido when we become parents. I’ve seen many quit for the same reason. It is not easy to combine private life and Aikido, but it has to be done. Aikido is just like life and it is much harder to practice when you have kids: if you can’t manage your training in hard times, why should you be able to manage your life at all?
The same year, in agreement with Valter, I started my own Aikido course in a hosting gym in an area north of Rome (I live and still live around there today), fairly free of Aikido dojos.

I had chosen to follow Philippe Gouttard regularly, sharing the same belief with Valter about his Aikido being the best for what we needed. My adversion to the idea of federations in Budo led me to miss a one-to-one relationship with a master. Although both Valter and Philippe are too young to be my Budo masters – strictly speaking – I wanted my next dan testing to be sanctioned by the one who could actually testify my real progress. This person was had by then certainly become Philippe Gouttard. I strongly wished for him to be allowed holding dan testing sessions in Italy, otherwise I would have gladly travelled abroad to do it. But after a while Philippe Gouttard was asked to join my same Aikido association, the Progetto Aiki, so he could hold Hombu Dojo dan sessions for us. The natural choice was for him to be enrolled in the Sakitama Dojo, which was regularly hosting his annual seminar in Rome. 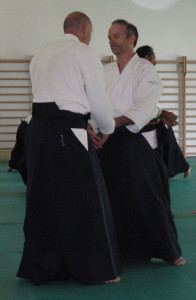 I told Valter I’d liked to give my next dan testing with Philippe, when the time would have come, because I thought it was more appropriate. They both agreed and I kept on training. Then, the time of the first dan session with Philippe Gouttard in Italy came. It was right at the Sakitama Dojo in Rome, something strongly required by Valter himself. I was sick at home, I didn’t witness to what happened. All I know has been recounted to me.
I won’t go into the details here. The fact is that after what happened during that seminar and in that dan session, the Sakitama Dojo broke all relationships with Philippe Gouttard. I didn’t. On the contrary, I helped him coming back to Rome for his seminar (for clarity’s sake: he asked me to, it was not my idea). Needless to say, this have caused me and will cause me trouble within the Roman Aikido community. But how could I’ve said no?
A real Budo master puts hurdles in your way, he keeps testing you continuously. He doesn’t do it because he hates you, but because it is necessary for you to grow. If you fail, you lose a chance of growth, you surrender to your own ego, you worst enemy that keeps telling you that you are right, that you are ready. The typical reaction is: “how dare this guy treating me so?”. I wonder, what’s the use of a master who is always kind and congratulates to you every day? But the sad truth is that the master who is “treating students badly” is going to lose them. They will believe he held something against them, they will believe he was rude and they will go away; but the master has no choice, he must put hurdles on the student’s path, he has to: this is the only way to let the students go along the path. No one ever told us the path is a nice and comfortable stroll full of prizes and personal accomplishments. Or is it?