Someone said “free software is hard because freedom is hard.”

But is it really hard?

This means that “switching to Linux” requires the extra work of installing a different operating system. Normally we are not used to installing the operating system on the computers we buy, it is already there, it asks us some information to configure it, and off we go, using the computer. Also take note that today this first configuration invariably asks for personal information and to create, if it is not already has, a Microsoft or Apple account. And we should be thinking here already…

What if we were to purchase a computer in which we find Linux ready to use? One, it will not ask us to create any accounts or personal information. But what if we then wanted to install Windows? Would it be easy? I have serious doubts that it would be easier than installing Linux….

Usually those who install Linux on their PCs do so while keeping Windows on a partition of the hard disk. I usually do that, just in case. But that’s already scary: a partition! And what is it? Partitioning the hard disk is dangerous, it’s techie stuff! Actually, you just have to read a bit of instructions to find out that it is nothing impossible. Then there is the possibility of attending the first Linux Day organized nearby, and there are usually volunteers who will install Linux for you on demand.

If, on the other hand, we decide to reset the operating system and replace it completely with Linux then it becomes a piece of cake: you download the ISO image from the site, use appropriate software to format it on a USB stick and start the PC from that stick instead of the hard disk – ehm… again it’s a matter of knowing how to enter the system BIOS and “tell” the PC to start from the USB stick… and how do you do that? The Internet is full of instructions about this but in short, the point is that it is not Linux that is more difficult than Windows, it is that we have to install Linux ourselves, we find Windows ready in the PC when we buy it. If we were to install Windows …. you ever tried to download a Windows ISO image? It’s gigantic and takes quite a while, then once installed it doesn’t work unless you buy a license key from Microsoft. Basically in order to use your computer you need permission from Microsoft! But you could choose not to! Usually after 15 or 30 minutes Linux is up and running, Windows…. well, good luck! So much for Linux being hard!

No software and drivers?

This is true, but it is not a “flaw” of Linux. If a manufacturer decides it does not want to create drivers of its hardware for Linux, there is little to be done! The same for programs that do not exist on Linux: it is a manufacturer’s choice; many, knowing that desktop users of Linux are few, decide not to invest in a Linux version of their software. Well-known cases are those of nVidia, which does not care to provide Linux drivers for their graphics cards. Microsoft won’t even think about creating a Linux version of Office! Granted that there are ways to run nVidia cards on Linux and run Windows programs in emulation, the “fault” lies with the manufacturers who do not consider Linux, it is not with Linux that does not have programs and drivers! And I’m careful about buying hardware that doesn’t provide drivers for Linux or software that doesn’t run on it! Too bad for them! 😉 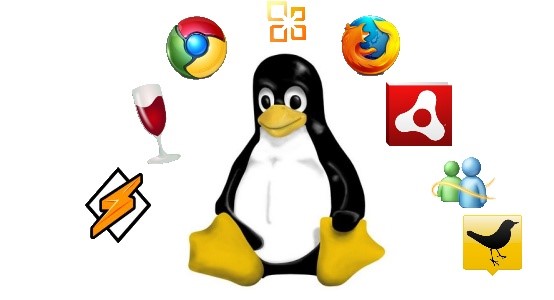 In Linux we will not find the same programs that we are used to, but some will…

It is for computer scientists/programmers, not for the ordinary user

While it is true that a computer scientist or programmer, let alone a hacker, is certainly more likely to use Linux, the difficulty of using an operating system depends largely on how well we know how to use it. Forgive the somewhat absurd phrase, but the point is that if we are used to moving around in the Mac or Windows system, switching to using a different one requires a change in habits that many people reject. It is also understandable: if I have done so much to learn how to use a system, I have little desire to change and start learning again. This is also true for those who switch from Windows to Mac or vice versa. 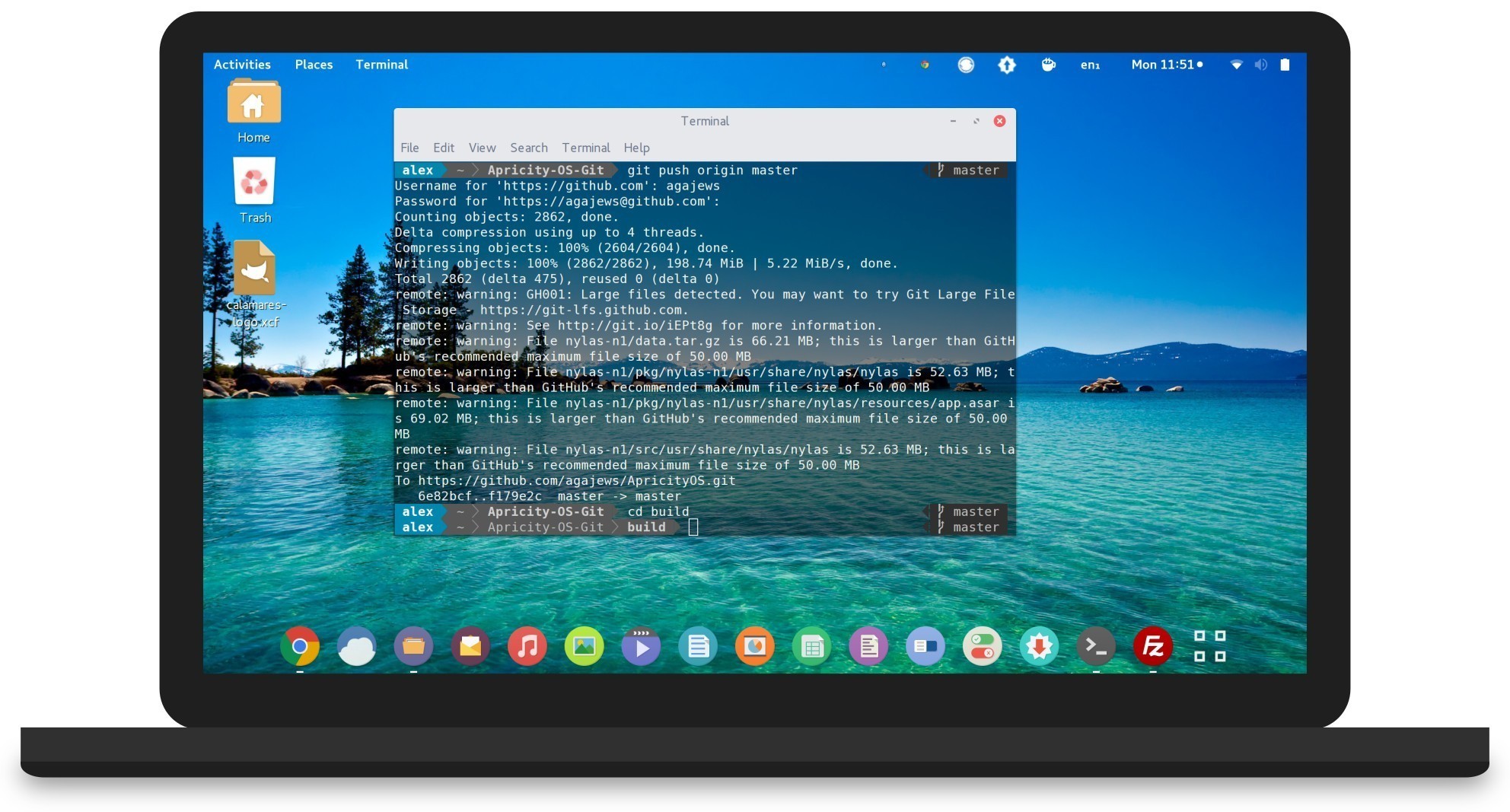 Linux is not difficult. Change is difficult!

Linux has several types of graphical user interfaces (GUI) and all of them have always worked the same way: icons, windows, menus and mouse. If we then talk about using the computer to surf the Internet and use social platforms, nothing changes at all. The browsers are the same: Chrome, Firefox, Brave, Edge…. you won’t find Apple’s Safari but I don’t think that can be a rationale for choosing an operating system.

Then there is the question of taste: it is obvious that if for some reason you like the way Windows looks (mah…) or the way Mac OSX looks (well… I admit it is quite a sight) there is nothing to be said, of taste there is no question. But here another factor comes into play. For example, I love Macintoshes and their interface, always have. That is why for a long time I gave up free software and dove into what many people call Apple’s enchanted garden. It’s very convenient, it’s like “I pay a little bit more but then they do everything.” If I don’t feel like or have time to work to learn how to use a computer properly (and Linux means a lot of that too) that’s perfectly fine, there’s nothing wrong with using Windows or a Mac, that’s obvious. But do you really know what that entails? Today? In our constantly connected world?

The computer is often just a work tool. It is provided to us by the company we work for, and if we are freelancers sometimes the software we need to work with forces us to use a certain system (Windows in almost all cases). At work very often the office suite is Microsoft’s. Office has now changed the way we talk: “I’ll send you a Word file; give me an Excel; prepare a Powerpoint.” Do you realize that? It has become such a standard that to prove you “know how to use a computer” you have to prove you know how to use MS Office! Are you kidding me? Do we reduce computing to the use of a package? I understand that a company has decided to invest by purchasing MS Office licenses for all employees and therefore who wants to work must know how to use them. That makes perfect sense. But how come there is no alternative? Isn’t the fact that MS Office (or rather the Windows/Office pair) has an almost absolute monopoly a bit annoying? Is it really the best software? No. It’s just the most widely used (perhaps due in part to exploiting their advantageous position in the market). And because of that it is also the best known, the one where more or less everybody knows how to get around and work. It’s only natural that we get comfortable using something widely known. There so much work to be done. We don’t want to waste time learning to use another software… 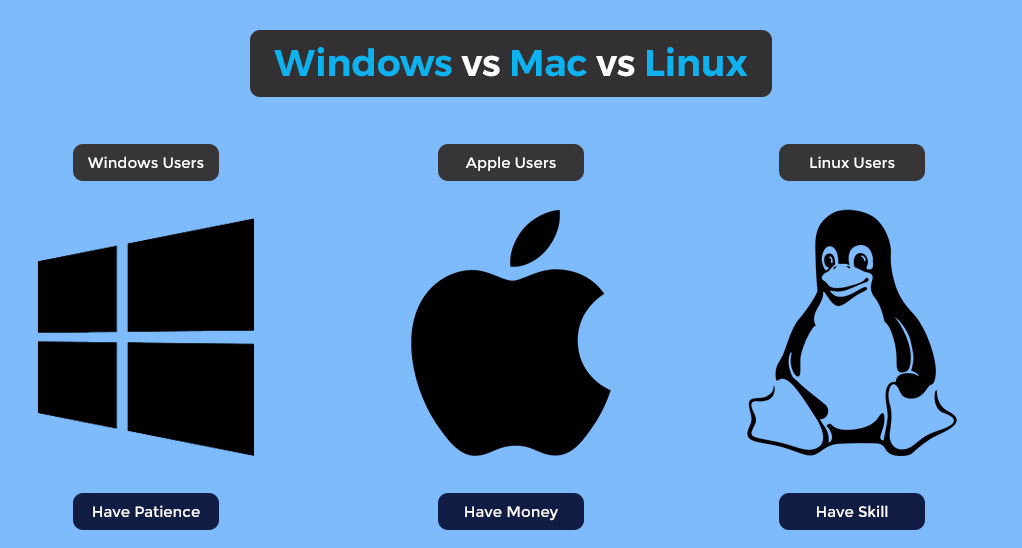 Knowledge is freedom – Linux helps with that…

But do we have to use Windows and Office at home? Do we really need Office in our personal lives? Do we write books with Word, keep expenses with Excel? Do our children do school research by presenting it on Powerpoint (unfortunately, this is what teachers are really asking for)? Do we really need to purchase Microsoft’s suite when there is free, opensource software like LibreOffice that does the exact same things?

You’re going to tell me that you take pictures and then fine-tune them with Adobe Photoshop on your computer at home. Assuming you really have the time to select from the thousands of photos you take with your cell phone and then work on them with filters, effects, etc., do you really need to spend the money for a Photoshop license to do that? Gimp is free as in freedom, opensource and has no cost, it does everything Photoshop can. Is it really not enough for you? I hardly think so… 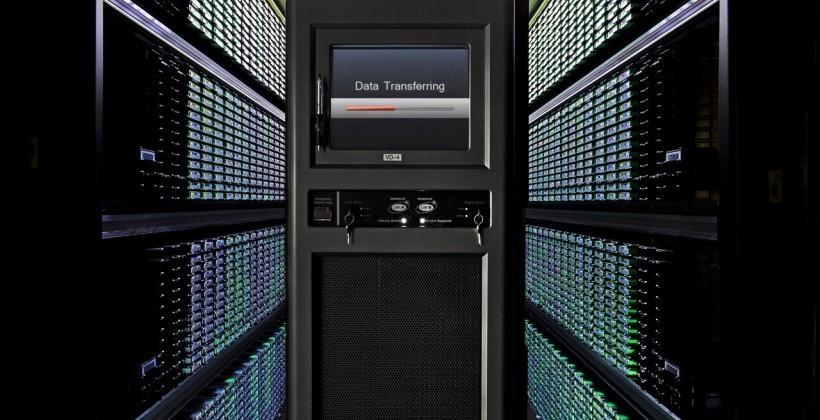 We could make many examples but the logic doesn’t hold unless you tell me “I like Photoshop, I like Office and I pay for it.” Free to do as one wishes, absolutely.

But if computer science really interests us, the workings of computers fascinate us, and we want to understand it, it is likely that by thinking hard about what is going on in today’s computers: they pass information to the various producers of closed and paid-for software and hardware. The systems we use track our behaviors on the Web, provide an impressive amount of data of immense value in modern marketing. Probably, once we really realize what is going on we will finally say no. 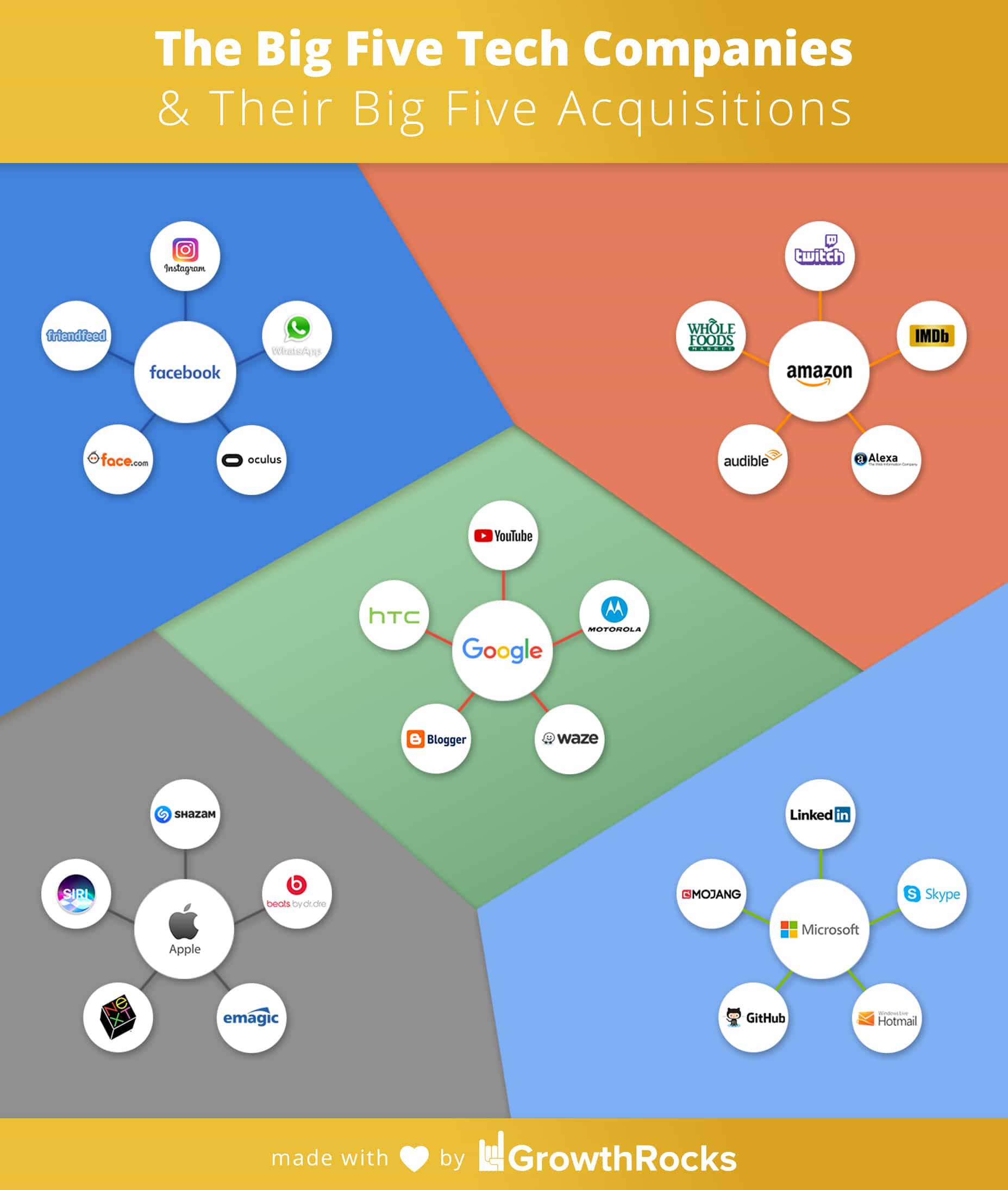 Do you still feel like getting monitored by the Big Five?

Until this is realized, we will not feel like making the switch. The giant monopoly of the multinationals of operating systems has been fostered by the fact that anyone can use a computer without having great computer knowledge (an idea brought forward especially by Apple). But if one does not have great computer skills it will be almost impossible to choose a system other than the one offered (or should I say imposed). Knowledge is freedom…but many do not have the ability to use this knowledge and must accept to take the product as it is. The problem is that these are products that merchandise the way we use them and influence the users themselves to behave in the way that is most retributive to those who control the operating system or platform. That’s what makes the difference. If we realize what we are providing to these Internet giants, how we are enriching them out of all proportion by allowing them to gain uncontrollable power that can easily become dangerous, then we will find the motivation to make a choice that is a statement more than anything else: enough is enough, I’m not buying it!

On the inertia of this initial momentum we may also overcome the first difficulties in having to install a new system and learn how to use it, to stop using proprietary software and learn to use opensource counterparts. Then, past the first, natural hurdles we might discover a certain satisfaction in the new feeling of being back to actually running the computer we bought, not having it controlled by others to make them richer beyond measure. We may perhaps discover that Linux is easy, indeed even better, perhaps even that there is a certain enjoyment in using it, and we will feel as if we have finally awakened from a slumber we had entered voluntarily but perhaps not even so much…