I can’t stress enough the importance of installing an original Thorens belt!

It is very important that the belt has exactly the same size (length, width and thickness) and elasticity than the one the turntable had been designed to work with.

It is not just a matter of transmitting the rotation from the motor to the platter. The rubber belt also contributes to dampen the motor vibrations, transmitting less of them to the rotating platter. Belt-driven turntables are normally affected by rotational speed issues: the belt continuously tugs at the rotating sub-platter, causing instability in the rotation speed. A proper belt reduces the contribution to these issues. 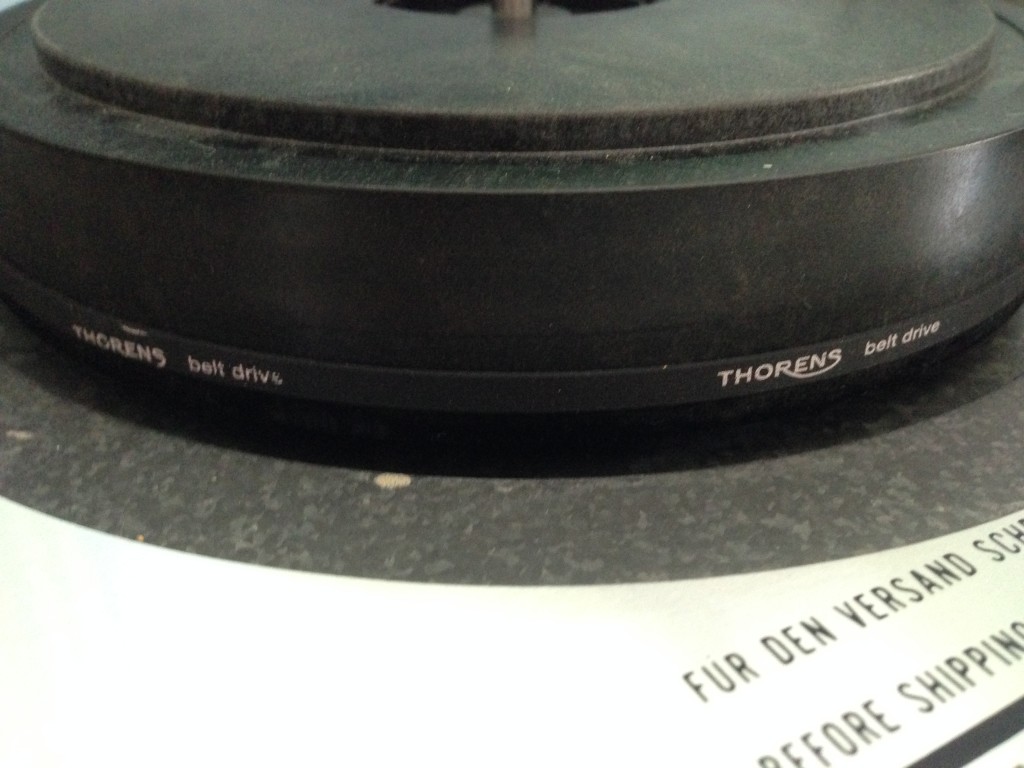 A worn out belt or a not official one can affect the rotation speed but can also prevent you from achieving the correct suspension adjustment.

Such a belt could also slip off the motor spindle or the sub-platter, especially while changing speed from 33 to 45 RPM and vice versa. In order to keep the belt in its place, it is often necessary to adjust the pulley’s azimuth by turning the relevant screw on the top plate between the pulley and the sub-platter. The belt behavior during rotation is to be checked by reversing the outer platter and mat with a record on. The correct belt position is achieved when it rides the center of the 33 RPM section of the pulley (the lower and thinner) while it is dead centered in the U-shaped belt change guide.