What’s so special about the “sampietrini”, those little square bricks typical of Rome’s old roads? The sampietrini have been used since the times of pope Sixtus V in the late 1500s but the name was invented later in 1725 after the new paving project of St. Peter’s square. “Hard as a sampietrino” is a common expression in Rome. Sampietrini are made of a hard and heavy volcanic rock. It is very interesting to a geologist: at first sight, you might confuse it with basalt; well, maybe a special kind of basalt. Actually, it is not correct to call it basalt. It is a rather rare rock around the world, but not in the Mediterranean area. But everything would be clearer if we knew more about the basalts themselves…

Basalts are effusive rocks. They are derived from the solidification of magma that came to light during a volcanic eruption. Think of Hawaii’s volcanoes or Italy’s Mt. Etna and you’ll see what I mean. Rome’s area, as well as the whole Tyrrhenian margin north and south of the Eternal City, have been hit by explosive volcanism. Hawaiian-style lava flows were rare, but around 40 thousand years ago a large lava flow went down from the Alban Hills volcano, southeast of Rome. It moved northwest, towards the city that was yet to be founded, along what would later become the path of the Via Appia. The so called “Capo di Bove” lava flow can be identified on satellite maps, as it more or less coincides with a green area called “Caffarella”, reaching the city historical center near the Circo Massimo. Ancient Romans caved the lava flow for paving the ancient Roman roads, Via Appia included. It may look like a basaltic lava flow but it is not.

It is important to know that silicon is the most abundant element in Earth’s crust after oxygen. The silicate minerals derived from silicon are the most important constituents of the crust’s rocks. 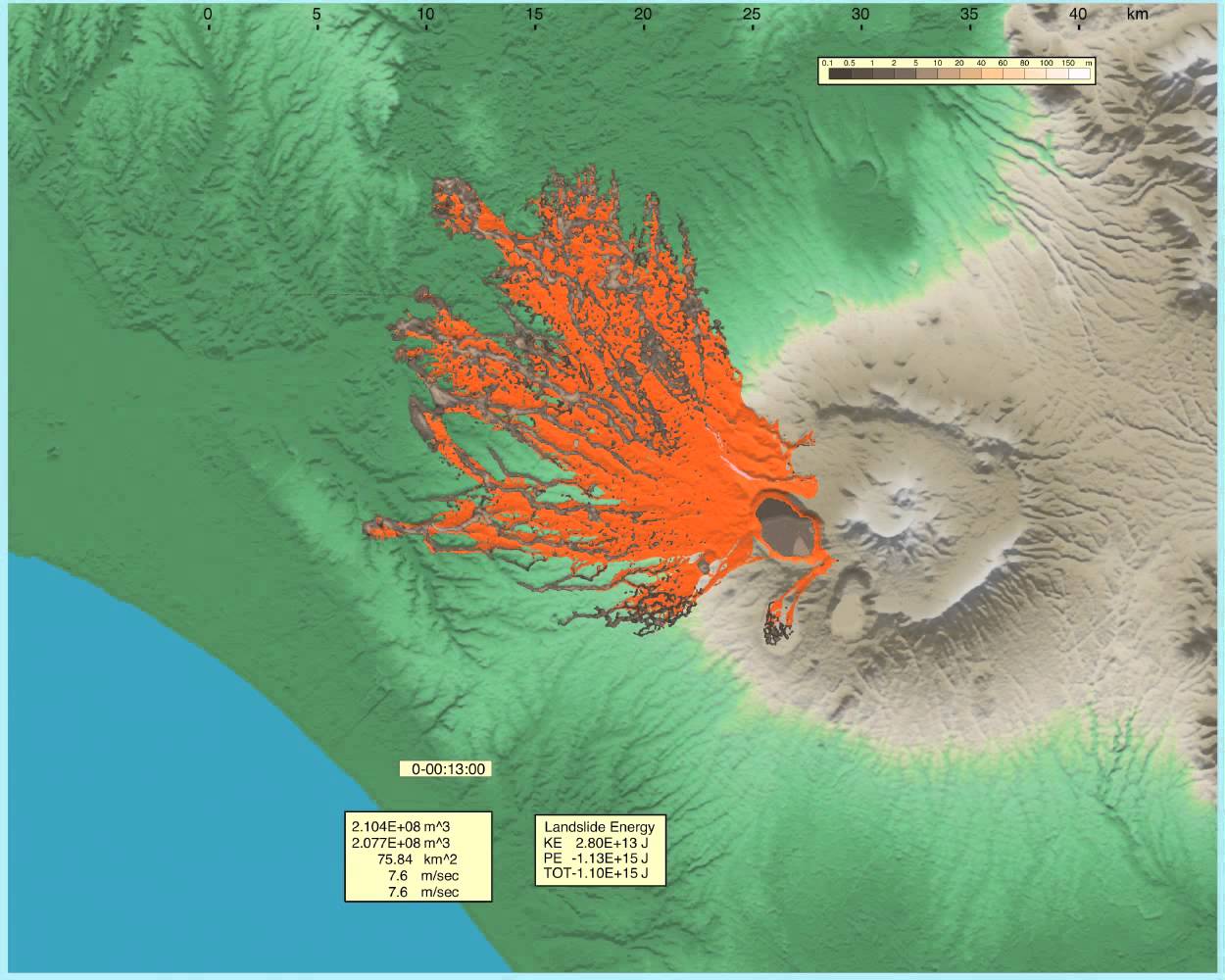 Like all effusive rocks, basalts are formed mainly by silicates of iron, magnesium and alkaline elements. It is important to know that silicon is the most abundant element in Earth’s crust after oxygen. The silicate minerals derived from silicon are the most important constituents of the crust’s rocks. Silicon bonds 4 oxygen atoms

(= SiO44– ) pointing towards the 4 vertices of a tetrahedron. Those silica tetrahedrons have four free bonds, one for each oxygen (4-); they link to each other to form 3D lattice structures whose voids host metallic cations such as iron and magnesium or alkali like calcium, sodium and potassium. This is how silicate minerals are formed while a magma cools down. Roughly, we can say that basalts are made of two main mineral families: pyroxenes and feldspars. These are complicated names, but let’s just keep in mind that the former are silicates of calcium, iron and magnesium, and the latter are silicates of calcium, sodium and potassium. Potassium is really abundant in Mediterranean magmas, which also form the sampietrini’s rock. In fact, in order to understand Rome’s sampietrini, we should focus our attention to the potassium feldspar.

Silica availability (silicon bonded to 4 oxygens) in a magma determines the type of minerals that will form and the type of rock that the magma will become. Minerals such as the pyroxenes have 2 silicon atoms in their formula, while the feldspars have three. More silicon available in the magma would have led to the formation of different kind of minerals. The resulting rock would have not been a basalt but another type of magmatic rock. The rock the sampietrini are made of have a lot of potassium, but silicon is scarcer than in regular basalts. In fact, the silicates of iron and magnesium contained in those rocks are the ones with lower silica content: simple 1-silicon-atom molecules such as Fe2SiO4 and Mg2SiO4, minerals we know as olivines, which are very typical of silica-poor basalts. The potassium feldspar can’t be formed: a feldspars has 3 silicon atoms in its molecule; there’s little silicon in there, so the mineral formula will contain just 2 silicon atoms: the mineral that will form is a feldspathoid and we call it “leucite”.

The leucite is a whitish mineral (from ancient greek “leukòs”, meaning “white”) of a roughly spherical shape. It makes the typical small white spots in the darker rock often visible to the naked eye. The name of the rock is “leucitite”. Therefore it is not correct to call it basalt because a basaltic magma contains more silica and would be able to generate crystals of potassium feldspar. The Mediterranean magmas instead, besides being potassium-rich, are “undersaturated” in silica content, meaning they have a low silica content. Where silica is abundant, once it has formed all the minerals it can form, what remains crystallizes as quartz, simply silicon dioxide, as it happens in granites.

Silica availability (silicon bonded to 4 oxygens) in a magma determines the type of minerals that will form and the type of rock that the magma will become.

Summarizing, Rome’s sampietrini are made of a volcanic rock we call leucitite because it is leucite-rich. Leucite is the silica-undersaturated mineral corresponding to the potassium feldspar that would be formed in a normal potassic basalt.

The leucitite: a rare rock in the world but not so around Rome… 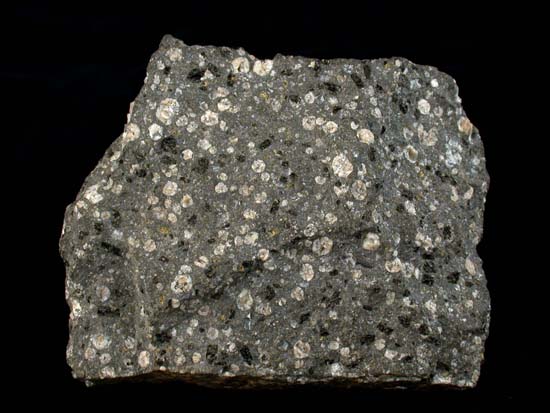