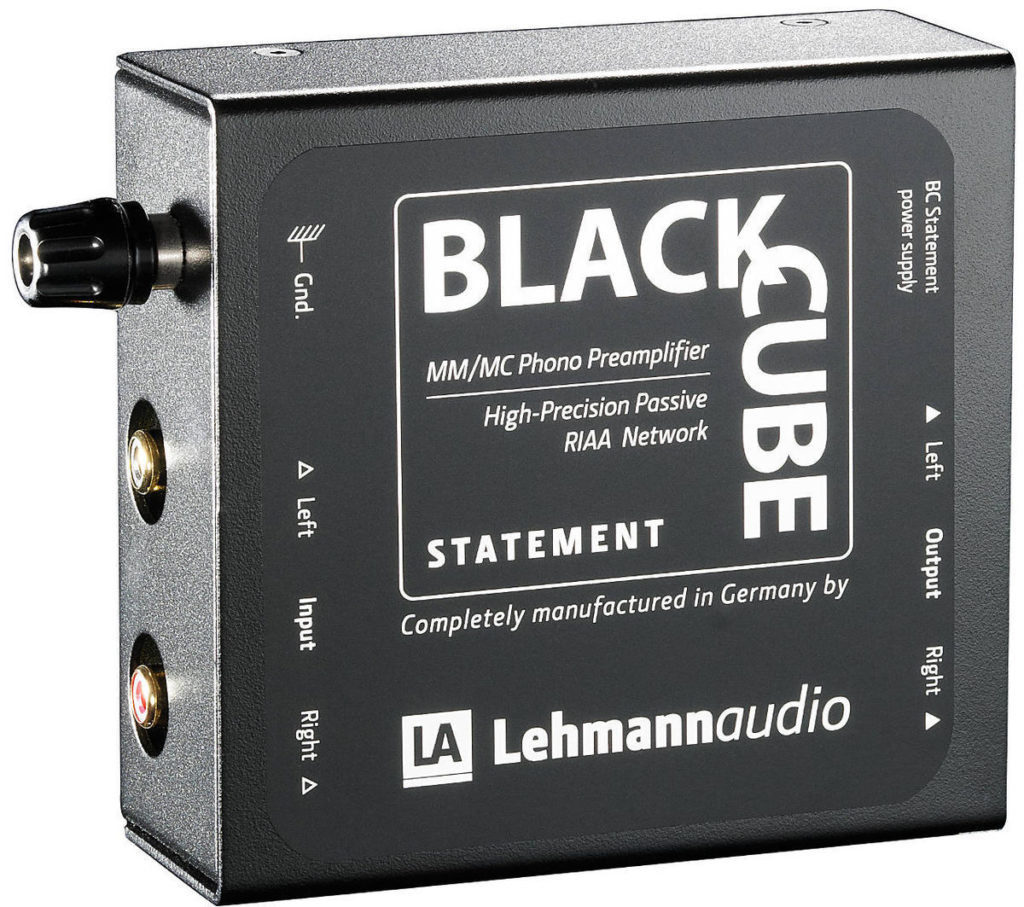 It was December 2015 when I decided to take a decisive step and purchase a phono preamplifier. I was convinced of the very good quality of the phono section of my old and trusty Unison Research Mood. I was wondering how much should I have spent in order to surpass its performance. I was also wondering wether to move on to classe D amplification after I’d have purchased a phono preamp. So I asked once again Lucio Cadeddu of TNT-Audio for advice. He was not keen in replacing the Mood integrated with a cheap class D amp. He was more for me to get a good phono preamp like the Black Cube, maybe a used one from Germany so I could have saved money in order to upgrade the amplification section later in a better way.

I found the ad of a German seller for a used Black Cube at a good price, still boxed and untouched. With less than 200 euros shipped I got a good Lehman Audio Black Cube Statement. When I first listened to it, my jaw dropped. I was expecting something more but in the order of different shades; instead it was another world! The quality of reproduction was sensibly improved! I was impressed! I wrote back to mr Cadeddu in order to thank him for the great advice and I ended up as the happy audiophile of the week in the web based magazine.

The Black Cube is a true jewel of German technology. It sports a rather simple look, as it is just a dark metal box. But the inner components have been thoroughly selected, the circuitry is essential: the very best at the lowest possible cost. The final result is acoustically amazing, believe me. It has been one of my better hifi purchases. Internal switches and resistor slots allow to adjust the electric load depending on the cartridge in use, so versatility is not a problem. Quality is at the top. I strongly recommend it.

The Black Cube reviewed on TNT-Audio