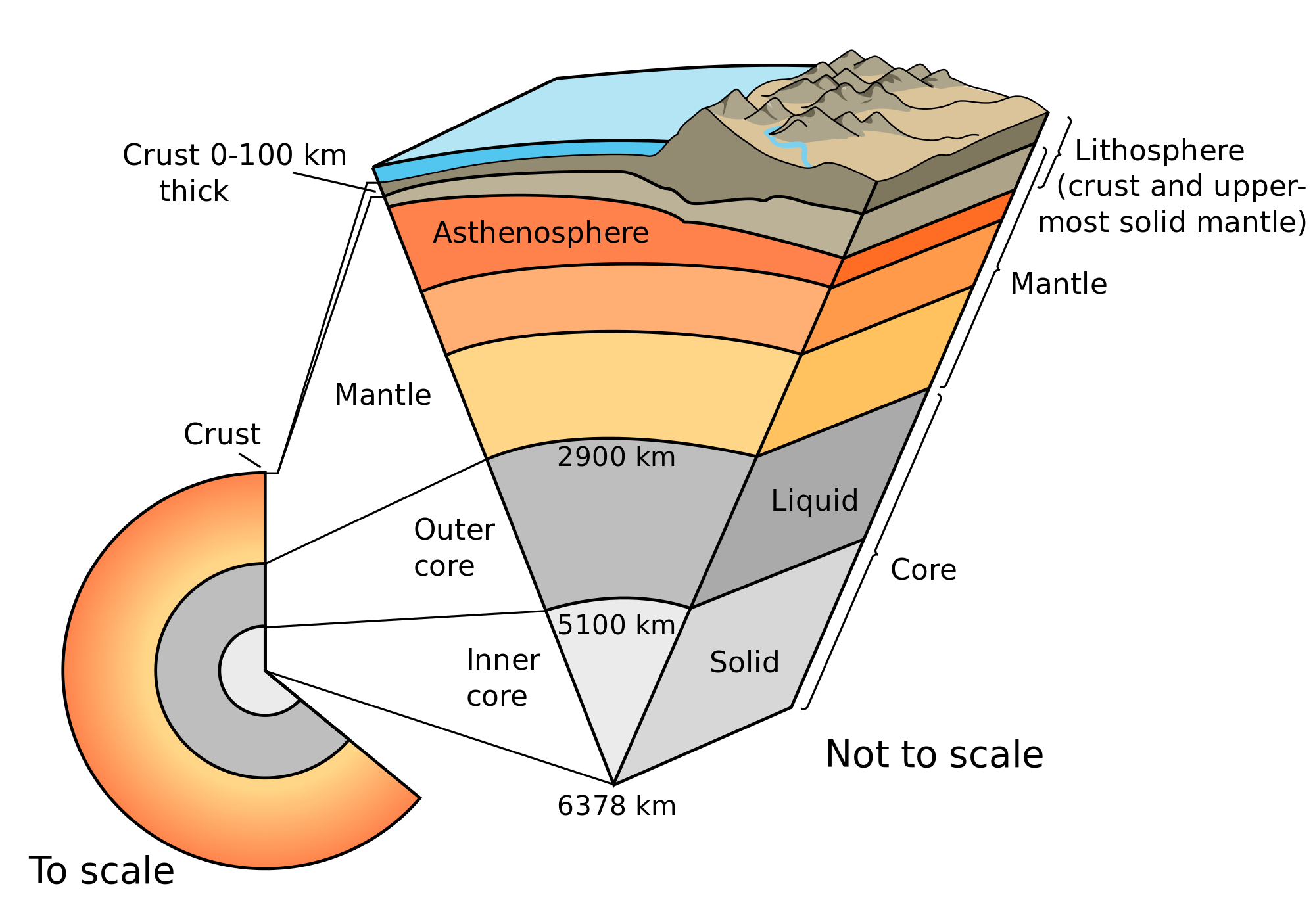 As opposed to continental mountain belts, the Moho under ocean rifts is shallow, thinning out and disappearing at the rift valley (bottom, right). Shear waves abruptly slow down under ocean floors and mountain belts at a higher depth than the Moho (down to 100 – 200 km, to zero at ocean rifts). This suggests the existence of a partially melted zone (1% is enough) in the upper mantle. It has been called “astenosphere”. The mantle’s portion above it is the upper mantle or sub-crustal mantle (“lid”); together with the overlying crust it makes up the “lithosphere” (at left). 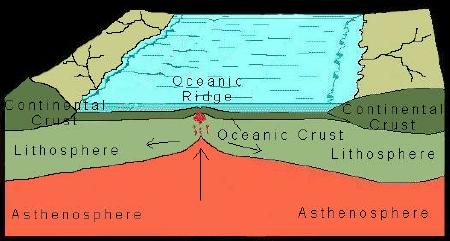 Therefore, between crust and mantle there is a chemical boundary layer (CBL); a mechanical boundary layer is in the mantle, dividing the lithosphere from the astenosphere. It is well defined under ocean floors and mountain belts. 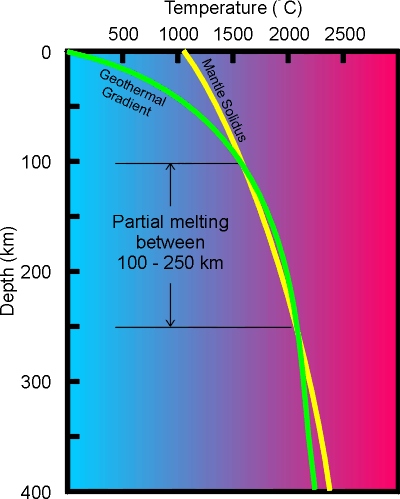 Most of the Earth’s internal heat is provided by radioactive decay: emitted alpha particles and gamma rays interact with crystal lattices of the mantle’s and crust’s minerals. The energy of radioactive decay is transformed into thermal energy. In average, Earth internal temperature increases by 30°C per km; lithostatic load pressure is around 4 kbars per km.  At the asthenosphere’s level, between 100 and 250 km, thermal and pressure conditions are such that mantle’s rock are partially melted. The asthenosphere’s material is therefore similar to toothpaste. At the base of the asthenosphere the material is hotter, therefore it expands and acquires buoyancy. It rises with respect to the colder and denser material that descends laterally. This convection in the upper mantle has been originally regarded as the engine that passively moved lithospheric plates: hotter asthenospheric material would rise only to be cooled down at surface so it could plunge again laterally while more heated material arose in its place. Where plate slabs plunge again deep into the asthenosphere, subduction processes occur and their surface evidence are the ocean trenches. 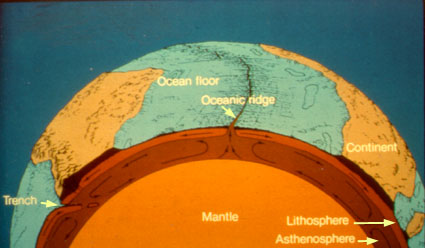 Convection cells in the astenosphere are triggered by plate motions 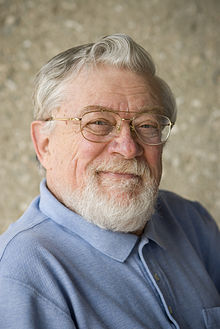 Today, more recent theories see the plates themselves and their tectonic processes to be the trigger of upper mantle convection. Don L. Anderson, (1933-2014) of Caltech, in his book The New Theory of Earth, puts back physics into geology and describes how lithospheric plates are the surface portion of convection cells, which are cold an solid. Instabilities within plates drive the convection motions since the Earth is a cooled from above system, not one a heated from below. The creation of new plate material at ridges (ridge push), the plates’ inner tension and cooling (slab pull) and the eventual subduction (trench suction) are the forces that drive the plate motions and they are merely due to gravity. The plate themselves are therefore the active element in the convection cycle in the upper mantle’s astenosphere. The lateral thermal gradient, not the vertical one, controls the convection movements; the lithosphere controls the cooling of the mantle.

The asthenosphere is not clearly detectable under continental areas know as “cratons”. Thomas H. Jordan, while proposing his idea for a mineral composition of the upper mantle, suggested that under stable cratons the mantle is depleted of the basaltic portion: this would make the craton’s base a stable area he called “tectosphere”, a zone that moves coherently during plate motions. The basalt-depleted upper mantle is rich of ions whose size and physical-chemical properties prevent them to fill crystal lattices typical of rock minerals (Large Ion Lithophile = LIL), making the tectosphere resistant to destruction by convective motion.